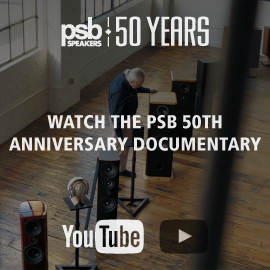 Please send all questions to feedback@soundstageaccess.com. All questions sent to this e-mail address will be replied to online. If you do not wish to share your e-mail with other readers, please do not send it. But if you have a question, chances are others are wondering the same thing. Therefore, you will be helping not only yourself, but other readers as well when your question gets answered here.

I have my eyes on some good mid-fi speakers I believe are 600W, but am unsure how many I need and what amps I should get. Given the speakers are quite directional I'm thinking I will need up to six speakers.

Should I run two sets of three speakers, or three pairs with another two in the center? What amp(s) should I be looking at?

I have been a long time reader of GoodSound!, being someone who enjoys quality sound but does not have the budget that some audiophiles seem to have. I usually stop by every couple of months to see what is up in the world of affordable audio -- but the top article I see today ["Crystal Cable Piccolo Interconnects, Speaker Cables, and Power Cords"] makes me wonder if the writers seem to have somewhere lost their touch with their audience.

How exactly do $1300/pair speaker cables and $385 power cords come under the realm of affordable high-performance audio? Those speaker cables run more than the main speakers I have in my system (PSB Image 6T -- very nice speakers when I bought them, and still doing very nicely in my system).

There has always been a large number of sites and magazines devoted to the high-end, high-priced audio set -- and I always looked forward to seeing what GoodSound! would show in the affordable section, while letting us know what we were giving up by not going with the higher-end equipment. I'm just wondering if you are planning on returning to the world of actually affordable or if this is what you are claiming passes for affordable these days.

You make some valid comments and ask some good questions. In fact, we expected that many of the things you mentioned would get brought up, so we're glad you wrote in.

You’re correct in stating that Crystal Cable’s products certainly aren’t cheap -- $1300 for a pair of speaker cables is a lot of money. However, the decision to review these items came because of two things. First, the Piccolo series is the least expensive series that Crystal makes -- the prices of the items in this Dreamline series, which is the most expensive, would leave most people slack-jawed. So, in Crystal's world, these represent their most "affordable" products, even if they’re still out of reach for many. Second, Colin Smith, our editor, really liked the products and wanted to write about them, feeling that for those who desire what Crystal offers, but can’t afford the most expensive stuff, these are a viable option. In fact, Colin told me that he wanted to purchase the review items because he liked them so much (as did his wife), but confessed that even he couldn’t afford them. So the review set is being shipped back to Holland right now, which is where Crystal Cable is based.

Hopefully that shows that we’re not losing our focus, knowing full well that the price of these products is out of reach for many. But we also know that they will be in reach for some, and for those few, Colin contends that they should check them out. Next month, though, it’s back to the basics. On June 1, we’re publishing a review on the Benchmark Media Systems DAC1 HDR that is priced at $1895. That's not cheap, either, but it combines a digital-to-analog converter, preamplifier, and headphone amplifier into one compact, lightweight chassis and is really, really good.

I am running an NAD T 753 receiver into an Earthquake Sub-80 subwoofer via a normal subwoofer pre-out. The rest of my system is set up as a 5.1 unit in the usual way. Whenever I make any function changes through the receiver (i.e., muting, listening mode, etc.), I get a loud (depending on volume level) thump through the subwoofer (not the other speakers). I have been putting up with this, thinking it's normal; however, it is very annoying and I am seeking a fix.

Any help or advice would be appreciated.

What's happening is not normal. So we talked to the techs at NAD and they feel that the T 753 is likely the culprit -- there's something wrong with it, although they couldn't tell exactly what based on this information. Their recommendation is to take the T 753 into a NAD dealer for service.

I have a pair of Sonus Faber Concerto Grand Piano speakers, so they're a bit aged. I was thinking of getting or doing a crossover refurb. Nothing drastic, just component upgrades. Or should I use the same parts? How hard would it be to do it myself?

Unless there's actually something wrong with the crossover, I caution against changing it at all. If you do, your "upgrade" could actually degrade the speaker. The reason I'm against it is because I know that when good companies design and manufacture speakers, each part is carefully chosen and every unit is tested after assembly to make sure it performs like they want it to. Changing any part could drastically change the performance of the speaker, and with no follow-up testing, you'll never know that what you did actually made it any better. As I said, unless there's something wrong, I wouldn't change anything. If there is something wrong, contact Sonus Faber to make sure it gets repaired correctly.

One or two subs?

I am reading where some companies are recommending more than one sub. Why? Is it to play the bass louder?

Two (or more) subs will play louder than one, but the main reason multiple subs are getting recommended is to achieve smoother bass response in the room. Although bass frequencies are omnidirectional and, in theory, one sub seems like it should be enough, in practice two or more subs placed strategically in a room work better.

Sub for under a grand

Nice review on the JL Audio sub. The problem is that I can't afford it. What subs do you recommend for under $1000?

The f110 is the cheapest sub JL Audio makes. But prior to reviewing the JL Audio Fathom f110, we reviewed the Elemental Designs A5-350 that sells for $800. Four other brands I'd definitely check out before you make a final decision are Paradigm, Axiom, Aperion Audio and Velodyne. The all have models that fit your budget.

I am buying a new pair of speakers. Should I buy speakers with a soft-dome tweeter, or ones where the tweeter is made out of a hard dome such as aluminum?

Some generalizations about tweeters can be made. For example, metal-dome tweeters such as aluminum tend to have higher-frequency break-up modes than, say, silk-dome tweeters that will start deforming at a lower frequency. However, when the aluminum dome breaks up, it does so much more severely and this usually shows up as a spike in a frequency-response chart, often within the audible range. Silk-dome tweeters break up more gently, and some feel that makes them more pleasing to the ear even when it's still in the audio band. Another generalization that's made today is that the best tweeters use beryllium and diamond for their domes. Their break-up modes are super-high.

The truth of the matter is that while there is some truth to that stuff, a lot comes down to the implementation of the technology and, overall, how the speaker has been designed. Editor-in-chief Jeff Fritz recently told us that he compared two speakers, one with a beryllium-dome tweeter and another with a dome made from silk. They're both outstanding speakers, he said, with high-frequency performance that's roughly the same. Moral of the story: put most of the weight on what you hear, not what the dome is made from.

While reading through your decision process on your speaker choice ("On Reference Equipment"), I really appreciated the way you valued the different key features. I probably would have chosen Focus FC 9 based on your sound criteria, but I like that you used the Paradigm Signature S8 v.3 as your top pick and compared everything back to that. I went through a similar process choosing my Epos ES30 speakers, but I bought them first and then I bought the reference electronics years after. The better the electronics and room positioning the better my speakers sound. If I had changed the speakers before the amps, preamp, cable, etc., I would never have realized the Epos speakers’ full potential. Many times I felt my speakers were the limiting feature on my quest for absolute sound quality, but I have learned that my room and the rest of the chain are more critical. I have concluded the biggest speaker development that I could justify a change for is the beryllium tweeter technology that has gathered positive reviews from all publications.

My next reference speakers will have this Be tech for sure.

Thanks for your kind comments John. The "On Reference Equipment" column seems to have resonated with a lot of people. Looking back on it, I suppose I was telling a story that's familiar to anyone who's put effort into building up a great sound system. I can't agree with you more on beryllium tweeters -- they are the bomb, especially Paradigm's. . . . Colin Smith

Congratulations on the new site. It looks great. I read something about covering home-theater equipment. There's a subwoofer review, but when will the other stuff start and where will it be?

You won't see a formal home-theater section created. Instead, reviews of home-theater products will become commonplace in the "Equipment Reviews" section, and there will be articles on various topics that will appear in the "Feature Articles" section.

My receiver has a button called Tone Defeat. What does it do?

If the receiver has a Tone Defeat button, then it also has tone controls, which allow for frequency-response adjustments for the bass and highs. The problem with tone controls is that the circuitry can add distortion to the sound, even if the buttons are left in the neutral position. It’s a small thing, but it’s been apparent to me on the receivers I’ve used. The Tone Defeat button bypasses tone-control circuitry, meaning that you can no longer adjust the bass and highs, but you’ll have purer sound. Therefore, my suggestion is to use the Tone Defeat button if you’re not going to adjust the tone controls, but live with the subtle degradation in sound that the controls bring if you do.

I hope you can help. My Yamaha receiver is about ten years old. It worked fine until yesterday when it immediately shut off for no reason. I turned it back on and it clicks off again. I tried this more than five times. Any advice?

Your Yamaha might be at the end of its life and is certainly well past its warranty period. My suggestion is to not turn it on anymore. There is obviously something wrong with the unit and you should get it checked by a qualified technician if you wish to continue using it. Alternatively, it might be time to start shopping for a new receiver.