I reacted to the news that the Who were releasing a new album with “Ho-hum. [pause] Oh, man -- really?”

It’s been 13 years since the Who released their last studio album, Endless Wire (2006), and Pete Townshend and Roger Daltrey, the group’s only surviving original members, are now respectively 74 and 75. I don’t buy into the “OK Boomer” thing -- after all, I am a baby boomer -- but the insistence on the part of multimillionaire 1960s musicians to continue touring and recording sometimes seems another example of my generation’s reluctance to get out of the way.

On the other hand, Bruce Springsteen’s latest, Western Stars (2019), is his most vital record in years, and Who is the best thing from this band since Face Dances (1981). And at this point, the Who really is a duo -- I was eventually able to enjoy Endless Wire by thinking of it not as the Who’s next but as a Townshend-Daltrey album. The good news about Who is that it sounds like the Who as a quartet.

Townshend’s computer-processed voice begins the album’s first track, “All This Music Must Fade” -- the title echoes “Music Must Change,” from Who Are You (1978). It sounds up to the minute, but under it, Benmont Tench’s keyboards reach back to early Who. When Daltrey sings, “I don’t care / I know you’re gonna hate this song,” Townshend’s lyric could be addressing old fans who expect more of the same, young fans who aren’t interested, or even Daltrey himself. Townshend wonders if his band’s music will endure, and if any musician is truly original.

“I Don’t Wanna Get Wise” looks back with a cool, unapologetic eye at youthful rock-star excesses. Not surprisingly, Townshend spends some time on Who thinking about the effects of age, especially in a time when the world is reappraising some of the ideals of the ’60s. In “Rockin’ in Rage,” Daltrey sings, “If I can’t speak my truth for fear of bein’ abused / I might as well be a mute, my voice never used.” If Townshend and Daltrey truly feel that “I don’t think I’ve ever felt so out on the margin,” they’re going out fighting: “I’m rockin’ in rage, well past my prime / Denyin’ the curtain, waitin’ on time.” 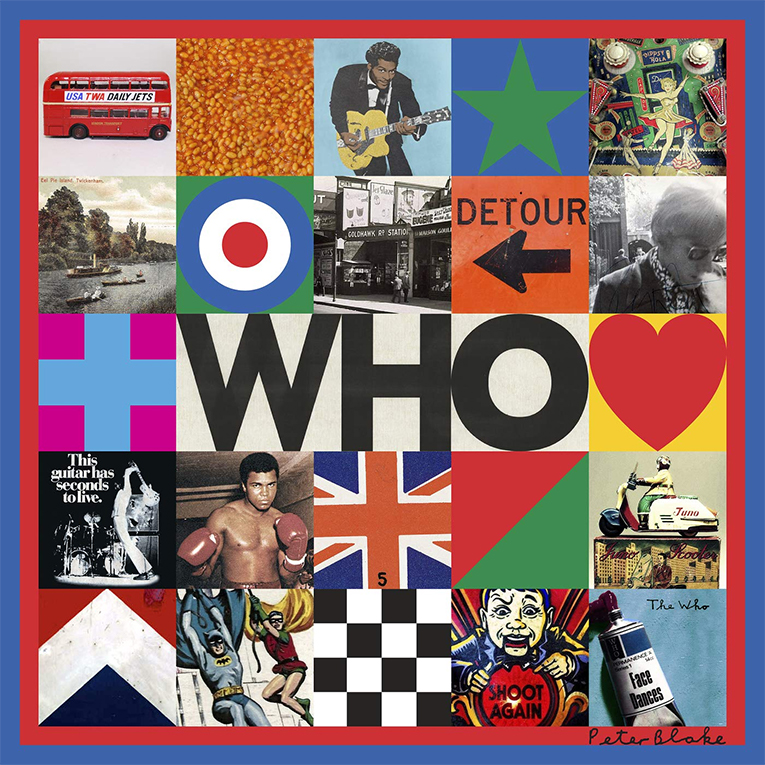 “Ball and Chain” reworks “Guantánamo,” from Townshend’s Truancy: The Very Best of Pete Townshend (2015), but here it kicks harder, and Daltrey’s vocal gives the song a sharper edge. Its message, about the mistakes or excesses done in the name of security, still rings true. “I’ll Be Back,” Townshend’s sole lead vocal on Who, is a ballad that would fit better on one of his solo records, and the only song here that, despite its sincerity, interrupts the album’s flow.

But it’s the only misstep. “Detour” contains hints of the Who’s early records, especially A Quick One (1966), though it closes with a synth line reminiscent of “Baba O’Riley.” “Street Song” and “Hero Ground Zero” have the grand sweep and hard slam of the best rockers on Quadrophenia, a legacy Townshend and Daltrey build on here -- Who sounds fresh even when acknowledging the band’s past. “Beads on One String” builds powerfully, and even “She Rocked My World,” tinged with Latin jazz, fits in (though I might have wished for less clichéd lyrics).

Townshend recorded the instrumental tracks with a number of musicians, including bassist Pino Palladino and drummer Zak Starkey, Ringo Starr’s son, both of whom have toured with him and Daltrey for some time now. Benmont Tench, drummer Joey Waronker, and others helped out. Daltrey recorded his vocals in another studio -- he and Townshend tour together but apparently don’t speak. Townshend’s electric guitars have bite and sparkle, the acoustic guitars shine through, and the synths have the appropriate brightness and effect. The recording could be less digitally pristine, and the mastering, by Stephen Marcussen and Stewart Whitmore, could have given the instruments more room to breathe, but overall it’s listenable and nonfatiguing.

Given the Who’s glacial recording pace, we’re not likely to hear anything new from Townshend or Daltrey, either together or solo. Townshend hasn’t released a new solo album since Psychoderelict (1993), and Daltrey’s most recent, As Long as I Have You (2008), was his first solo outing in 26 years. If Who is their final statement, they’ve gone out confidently, reaffirming their greatness and not backing down.