The Grip Weeds: "Giant on the Beach: Anniversary Edition (Remixed and Expanded)"

I first heard the psychedelic power-pop quartet the Grip Weeds in 2007, when I reviewed a reissue of their 1994 album, House of Vibes. I instantly became a fan, and reviewed more of their albums, including Infinite Soul: The Best of the Grip Weeds, released on Steve Van Zandt’s Wicked Cool Records. I’ve caught them live in their New Jersey stomping grounds, where they delivered powerfully searing shows. Their music captures the spirit of late-1960s AM radio, when psychedelia and garage rock were transforming pop music, while managing to sound fresh and innovative.

The Grip Weeds’ fourth album, Giant on the Beach (2004), had been out of print for a while, and when UK label Sugarbush Records approached them about reissuing it on vinyl, the band decided to revisit the album’s sound. “Listening to the original album in the studio, we collectively thought that we should do a remix,” drummer Kurt Reil told me in an e-mail, “because we’ve experienced so much since 2004 and we thought there was more audio fidelity to be pulled from the original tracks.”

The result is available on the Grip Weeds’ own label, Ground Up Records, on CD and other digital formats, as well as on Sugarbush vinyl. Kurt Reil remixed the album with help from his brother, singer-guitarist Rick Reil, at the band’s House of Vibes studio. “The first mix I did was Infinite Soul,” Kurt told me. “This would be the test mix to see if the remix project was worth doing. By all accounts, the remix blew the doors off the original -- loud, proud, and present.”

This Anniversary Edition (Remixed and Expanded) of Giant on the Beach is cut louder than the original, but it also has a wider soundstage. In “Infinite Soul,” Kurt’s drums are out farther, and the backing voices have been expanded to reveal more detail. The multitracked guitar riffs get more room to roam. Singer-guitarist Kristin Pinell’s electric-sitar solo sparkles more brightly, and Michael Kelly’s bass thumps hard without overpowering the mix.

The new mix removes the original’s slight haze to more clearly reveal aural images. The guitars in “Waiting for a Sign” sound edgier and more ominous, and the electric piano emerges from the murk with more color and vibrancy. The acoustic guitars in the lovely “Sight Unseen” have more low-end fullness, and the harmonizing voices are sprightlier and more involving. The swirling guitars in “Once Again” move across the soundstage more forcefully, their lines sharper and more urgent. The band’s trademark vocal harmonies, complex and beautiful, are now more layered and even more impressive. 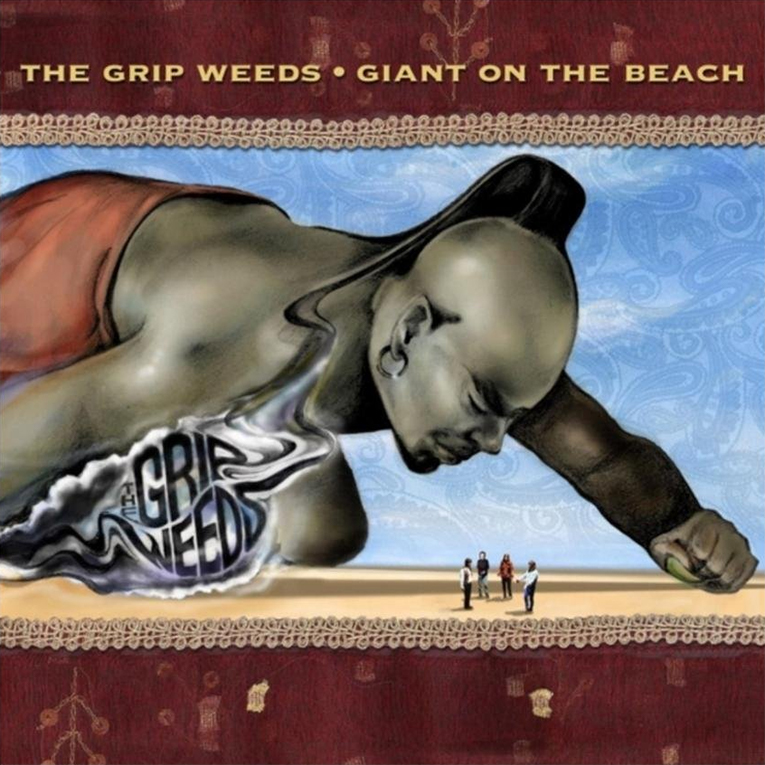 The album was originally recorded with a mix of technologies, and that’s how this new edition was prepared, as Kurt explained: “The remix was done with Digital Performer DAW on a Mac Pro as the front end, with everything running through an old Sound Workshop analog desk (that was previously owned by Jan Hammer) and tons of vintage and modern analog processors (some belonging to Mark Lindsay).” (The Grip Weeds have played shows with Lindsay, who has recorded at House of Vibes.) “We also relied on UAD/Waves digital plugins and multitrack automation. So in a way we remained true to the analog/digital hybrid, which is how the album was recorded in the first place!”

What matters in the end is whether or not all this retooling was in service to a great rock’n’roll record. It was. “Astral Man” is full of roaring guitars played against luxurious harmony vocals and an ear-catching melody. The acoustic “Give Me Some of Your Ways” proves that rock can have more to do with feeling than with volume, but “Gone Before” and “Waiting for a Sign” are strong arguments for cranking it up to 11. Every song has a strong melody, a killer hook, and a great arrangement that holds up to multiple hearings.

When I hear the Grip Weeds I’m an adolescent again, listening to AM radio and hearing bands as different as Paul Revere & the Raiders and Count Five as they reinvented rock’n’roll in the mid- to late ’60s. Kristin Pinell’s guitar leads are smart and well delivered, Rick’s guitars are both graceful and driving, and Kurt is one of rock’s great drummers -- dynamic and hard-driving, fluid and musical. And Kelly’s bass playing on this album honors the melodic goals of the band’s songs.

You can buy Giant on the Beach: Anniversary Edition (Remixed and Expanded) on LP, CD, and digital formats (MP3, FLAC, and 24-bit/96kHz) on the band’s website, gripweeds.com. The new edition includes two bonus tracks. You’ll also find a Deluxe Anniversary Edition, which includes an additional CD of live and studio tracks.

The Grip Weeds released several more albums after Giant on the Beach, including Trip Around the Sun (2018), and they’re working on a new one now. Start with this reissue of Giant on the Beach and you’ll be hooked.