Chrissie Hynde, the lead singer and primary songwriter of the Pretenders, has sung a few Bob Dylan songs over the years. She appeared with Dylan when he performed at London’s Wembley Stadium in 1984, and sang a stellar version of “I Shall Be Released” at the singer’s 30th anniversary celebration in Madison Square Garden in 1992. The Pretenders have covered “Forever Young” on recent tours, and Hynde has slipped other Dylan tunes into her solo performances.

When Dylan released two singles, “Murder Most Foul” and “I Contain Multitudes,” in the early months of the COVID-19 pandemic, Hynde was inspired to put together an album of her own interpretations of some of his songs. She got in touch with current Pretenders guitarist James Walbourne and they began with “In the Summertime,” a song from Dylan’s 1981 album, Shot of Love. They sent music files back and forth via their phones and then sent a finalized version to Tchad Blake for mixing and some additional instrumentation.

This pandemic-driven method of recording produced a total of nine interpretations of Dylan songs. Hynde avoided some obvious choices, and the resulting album, Standing in the Doorway: Chrissie Hynde Sings Bob Dylan, reinforces our vision of the breadth of scope of Dylan’s songwriting, and gives Hynde the opportunity to bring something new to his songs. Hynde does “In the Summertime” at a slightly faster pace than Dylan did on Shot of Love, one of his gospel-period LPs, but maintains the song’s spiritual fervor. 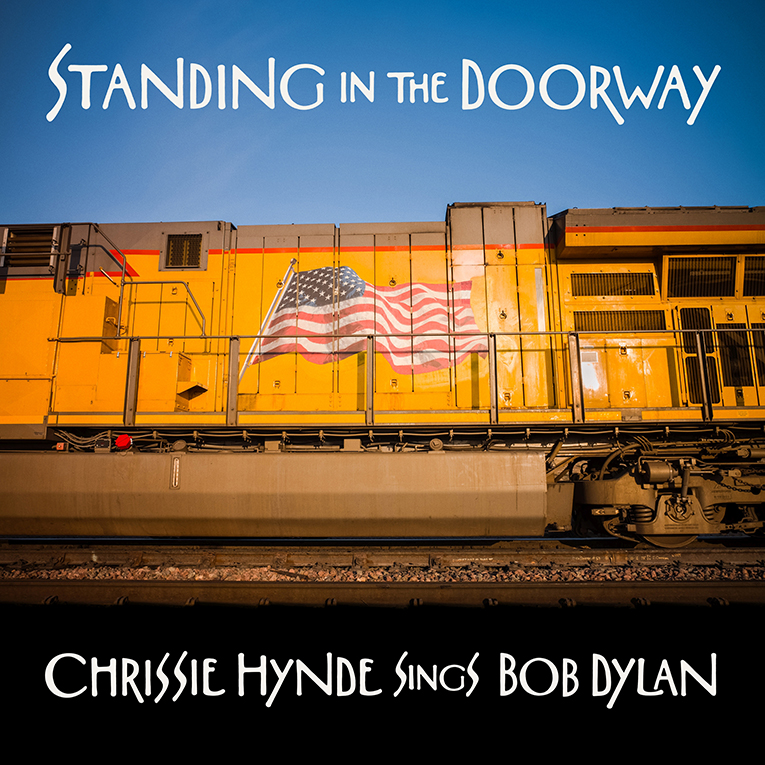 For all the simplicity of the album’s concept, the instrumentation is often pleasingly complex and layered. Walbourne’s accordion adds a slightly pastoral tone to “Love Minus Zero/No Limit,” and his mandolin and acoustic guitar bring out the tune’s folk-music roots. Hynde’s vocal shows obvious respect for Dylan’s lyrics, but she also finds her own strains of humor and tenderness in it. She brings a hint of the jazz chanteuse to “You’re a Big Girl Now,” and Walbourne’s electric guitar and keyboards help emphasize the humor and defiance she finds in the lyrics.

Hynde presents “Every Grain of Sand” in a slower tempo than Dylan did on Shot of Love, where he performed it in waltz time. Hynde and Walbourne use a simple arrangement, just two acoustic guitars and a mandolin, to clear space for Hynde to convey the complexities of life and faith that Dylan describes in the song.

Walbourne provides a gospel piano accompaniment to “Standing in the Doorway,” the longest track on the album. Blake added some echo to the piano as the song develops, and Walbourne’s volume swells and arpeggios on electric guitar evoke an atmosphere of desolation and pain that gives Hynde’s vocal an emotive and powerful background. Other instrumental touches on keyboards and guitar give the song sonic momentum without overshadowing Hynde’s stunning and moving vocal.

Hynde taps into Infidels-era Dylan for “Don’t Fall Apart on Me Tonight” and “Blind Willie McTell,” and her interpretations are different from the 1983 originals while showing a unique understanding of the songs. She reaches back to 1963 for “Tomorrow Is a Long Time,” perhaps the most Dylanesque-sounding track presented on Standing in the Doorway. It acknowledges other great versions of the song, including those by Ian & Sylvia and Rod Stewart, while carving out its own strong statement. 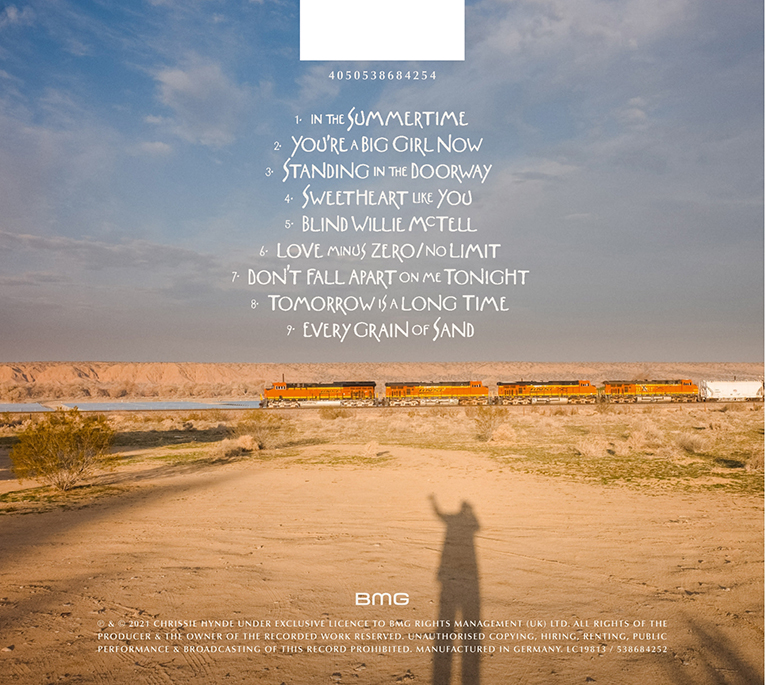 Tchad Blake has given Standing in the Doorway enough sonic detail and texture to catch the ear without overpowering the songs with effects. I occasionally felt he overemphasized the low frequencies and I think Hynde’s voice could have been brought out front more, but the recording is polished and, on occasion, experimental while still sounding intimate.

Bob Dylan turned 80 in May, and Hynde has given him a birthday present that pays tribute to his works by not rehashing songs we are all very familiar with. It’s a gift to the rest of us, too.

Note: Physical media versions will be available in August.