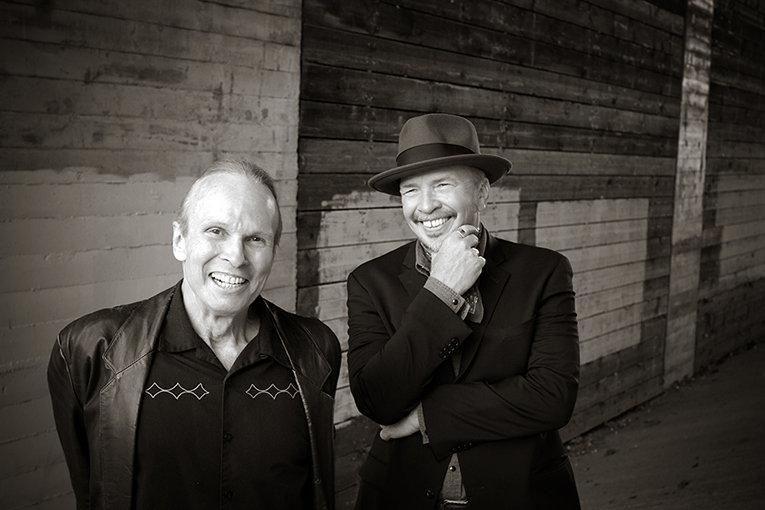 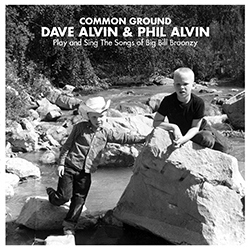 After the Blasters split up in 1986, guitarist and co-leader Dave Alvin went on to a successful, critically acclaimed solo career; he now has 15 albums to his credit. His brother Phil recorded two solo albums, Un “Sung Stories” (1986) and County Fair 2000 (1994), and earned a master’s degree in mathematics and artificial intelligence. He’s kept the Blasters going, off and on, since Dave left, and as recently as 2012 the band released a CD, Fun on Saturday Night.

“Brothers fight sometimes,” Dave writes in his liner note for Common Ground, his first collaboration with Phil in nearly 30 years. The Alvins have had their disagreements, but they came together to record this tribute to a musician both revere: Big Bill Broonzy. They discovered the blues great when Phil brought home a record of his recordings from the 1930s. Broonzy’s career spanned 30 years, from 1927 to his death, in 1958, and his records reflected his ability to play in a variety of blues styles. Phil and Dave Alvin bring their own deep knowledge of the blues to their interpretations of his songs.

Dave’s finger-style picking on a National steel-bodied guitar in “All By Myself” re-creates the original’s swaggering country blues, including the drums and double bass that Broonzy added to the song, which anticipates the urban blues that would become more popular after World War II. Dave and Phil trade verses, with bassist Bob Glaub and drummer Don Heffington giving them understated backing. Phil’s acoustic playing supports his brother’s wonderfully economic solos, which are models of precision and feeling.

The same quartet does Broonzy’s best-known song, “Key to the Highway.” Dave Alvin’s fleet solos provide a contrast to Phil’s understated harmonica, and their very different voices blend well in a duet on the third verse. The song is performed with great emotion, but there’s no showing off -- the players let the song speak for itself. The acoustic arrangements are true to the spare elegance of the originals, but even the electric tracks on Common Ground are true to the spirit of pre-rock blues: simple, unadorned, and exciting.

Dave Alvin has always had a great command of 20th-century American guitar styles, and Common Ground is filled with razor-sharp solos of clarity and power. He doesn’t bury the songs in empty shows of speed or flash. The power of his feature in “I Feel So Good” jumps out of the speakers, but it’s notable for its tone and sustain. His rhythm guitar in “Southern Flood Blues” has the right amount of drive, and his solo has a burning intensity that comes from a true understanding of blues uncompromised by rock.

Dave and Phil Alvin have remained true to American roots music from the beginning, and they’ve shown a deep and true feeling for all its forms. Common Ground is respectful of Broonzy’s recordings, treating them as fresh and still valid. The Alvins haven’t modernized Broonzy, nor have they enshrined him as a stale museum piece. Craig Parker Adams engineered and mixed the album at Winslow Court Studio; although the recording is digital, the sound is clean and very warm: an honest recording of honest music.