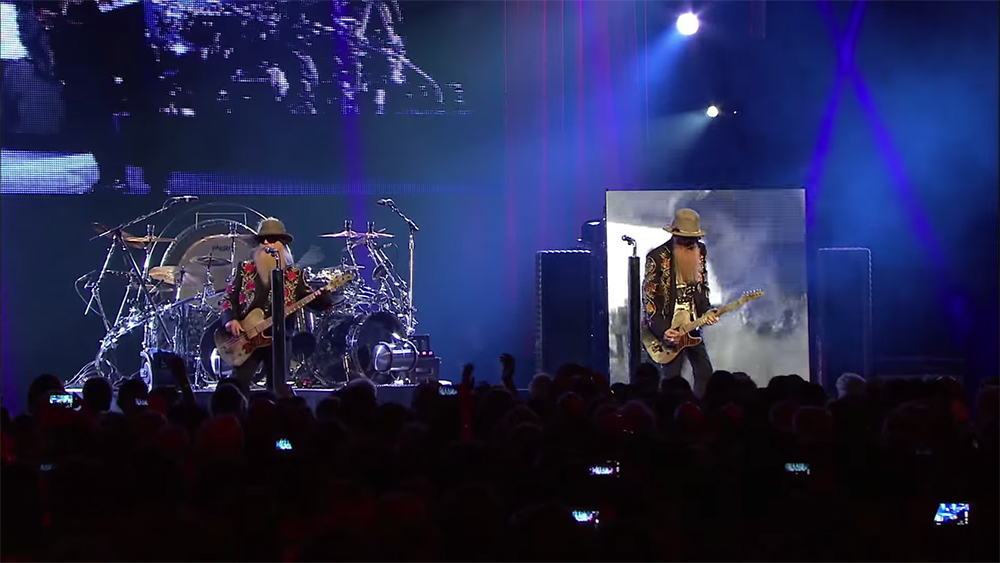 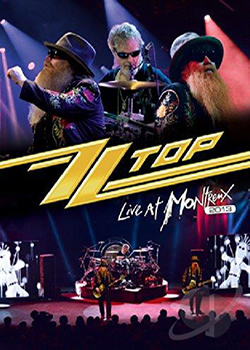 ZZ Top’s approach to blues rock has varied little in more than 45 years, even with the addition of hi-tech electronics in the 1980s (well, what was then hi-tech): Take a simple boogie blues riff, add a straightforward beat, and hammer away. Their best records, including Tres Hombres (1973) and Degüello (1979), had good songwriting and a sense of humor. The band never pretended to be blues purists, and guitarist Billy Gibbons played with enough flash to keep things interesting.

Live at Montreux 2013, available on DVD and BD, documents the band’s 90-minute show at the venerable jazz festival. The set list deftly mixes the big hits with tracks only hardcore fans will know. The sound is big, too. Frank Beard’s snare drum is explosive, and Gibbons’s overdriven guitar sounds as if it’s pouring out of a hundred Marshall amps -- as it very well may have been.

ZZ Top has always made a strong visual impact. Their 1976 Worldwide Texas Tour included a longhorn steer, a buffalo, and a few other animals, all on a 35,000-square-foot stage. The show at Montreux was not that extravagant, but the stage itself is huge, with a big video-screen backdrop. Gibbons’s Telecaster and Dusty Hill’s Precision bass are painted to look like antiques, with metal Texas Longhorn insignia affixed to the front. They sport matching long beards and embroidered jackets, and move in tandem onstage. Beard does little more than hit the snare and hi-hat, but his drum kit is enormous.

The sound is mixed and mastered for maximum impact, with a high output that pushes the music and the crowd noise into the room. “Got Me Under Pressure” is fuller and louder here than in the original recording, and even tunes known for overdriven guitar, such as “Jesus Just Left Chicago,” have more compression than their studio counterparts. It seems like the appropriate choice for a three-piece band, and it makes them larger than life. Every snare-drum stroke sounds like a gunshot. I preferred the overall smoothness and clarity of the DTS Digital Surround to the Dolby Stereo and Dolby Surround tracks.

The cameras move a lot, and while I occasionally wished they’d remain still long enough so that I could watch Gibbons more closely, director Romain Guélat frames the group well and maintains a high level of excitement. The occasional shots of the video screens behind the band are themselves filled with fast-changing images, and Guélat’s direction matches that kinetic energy.

Gibbons has adopted the minimalist solo style that characterized ZZ Top’s big ’80s hits; I kept waiting for him to cut loose, but second and third viewings left me appreciating how much he says in just a few notes. Extras include brief interviews with Gibbons and Hill, but it’s the main event that makes the DVD worth watching. Live at Montreux 2013 is an entertaining record of a band having a good time, and inviting its audience along for the ride.