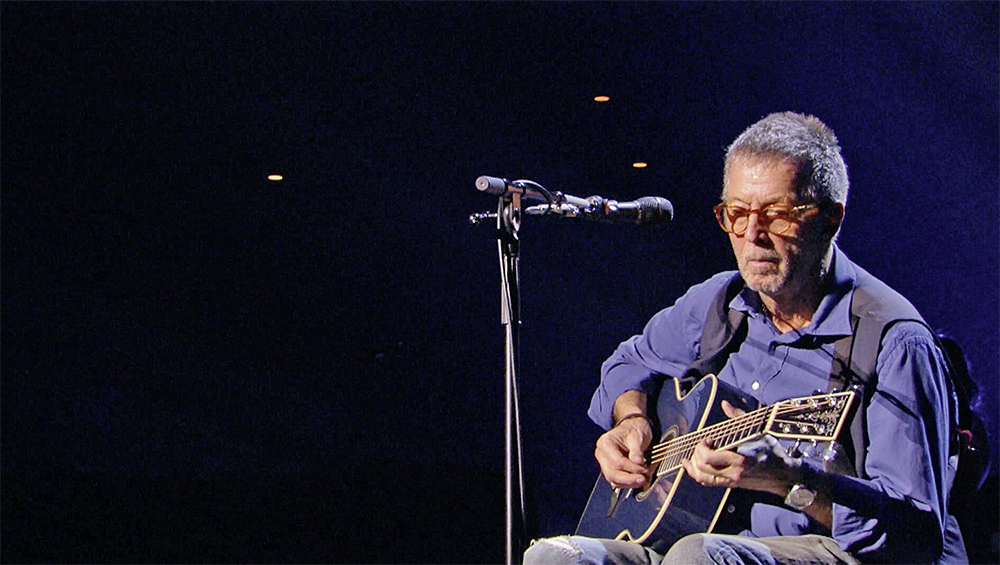 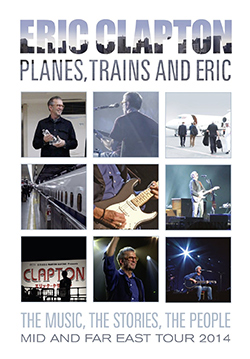 It is hard to think of a guitarist whose appeal is as broad as Eric Clapton’s, or one who has done well in so many styles. He has played blues with John Mayall, Southern soul with Delaney and Bonnie, and hard, blues-based rock with Cream. He is a generous enough player to share recording space with Duane Allman, on Layla and Other Assorted Love Songs, under the moniker Derek and the Dominos. He has recorded a series of immensely popular albums that are sometimes too reserved for those of us who admire his most fiery playing, but he has written a lot of hits and sold more records than any guitarist I can think of.

As Planes, Trains and Eric demonstrates, Clapton’s popularity is international. The DVD chronicles his 2014 tour of Asia and the Middle East, and includes interviews with him and members of his band. Clapton’s February performance in Tokyo was his 200th in Japan in the 40 years he has toured there, and the suggestion that, nearing 70, he will probably be on the road less often gives his visit there poignancy.

Clapton opens with a discussion about the nature of touring and the ways the players in a band grow together to know how to respond to each other. That observation leads into a performance in Singapore of “Tell the Truth,” and it is clear that this group of musicians is well integrated, but also demanding enough individually to push Clapton to some of his best playing. Steve Gadd and Nathan East form the solid but flexible foundation, with Chris Stainton and Paul Carrack filling out the sound on keyboards. Clapton’s solos on the tune show how inventive and gripping he can be when other good players inspire him.

The guitarist talks about the importance he now places on rehearsals before playing live, and Gadd and the others share their experiences about preparing for the tour. In fact, a good portion of Planes, Trains and Eric is given over to talk from the musicians about playing together, with sections of rehearsal footage. The film also highlights stops along the way and it provides a good picture of the logistics of a large-scale tour.

It also shows the power of Clapton’s stardom. In one telling moment, Gadd reacts to a question about Clapton ending his touring career by saying that as a freelance musician that is not an option available to him, and Stainton makes the same point later in the film. As Clapton’s appearance in Bahrain makes clear, his wealth and status put him on a different level from even his well-established peers in the band. The concert was made possible by his friendship with Crown Prince Salman, who had Clapton’s favorite Japanese chef flown in for the event.

As good as Planes, Trains and Eric is as a portrait of life on the road for an established star, it is the music that makes the DVD worthwhile. Clapton has played “Before You Accuse Me” countless times, but he brings renewed energy to it here. Stainton and Carrack get ample solo time, which they use well, but it is Clapton’s solo, played with the agility and conviction of his younger days, that shows why he is still filling large arenas and stadiums.

As is often the case, the blues show him at his best. Even after all these years, Clapton still finds something to say in “Crossroads,” but it is the lesser-known tunes that remind you of his mastery. He demonstrates his finger-style blues technique on the acoustic “Drifting Blues,” and his affinity for urban blues on “Little Queen of Spaces.” We may have had our fill of “Wonderful Tonight” and “I Shot the Sheriff,” but Clapton does them well and with enough conviction to make them worth hearing. Still, it is the blues tracks you will return to.

Audio options include Dolby Digital Surround 5.0 and Dolby Stereo, but choose the DTS Digital Surround. All the instruments ring out with more force in that mix, and they sound more natural. The filming of some of the interviews is visually only good, but the concert footage is better. If Clapton does decide to stop touring, Planes, Trains and Eric will be a good note to go out on.

Trains, Planes and Eric is also available on Blu-ray where the sound format choices are LPCM stereo and DTS-HD Master Audio. 5.0.