Bonnie Raitt has been making records since 1971, and a few have been commercial successes. Sweet Forgiveness (1977) and Nick of Time (1989) had hit singles that led to brisk album sales, and while her career has had lulls, she always bounces back. She has a good ear for songs that fit her, and her slide guitar playing is immediately recognizable. As with many well-established musicians of her generation, she takes time between albums, and they’re often worth the wait.

Dig in Deep is Raitt’s 17th album, and she produced all but one of its 12 tunes. She recorded the album with her longtime touring band, and wrote or co-wrote five of the songs. She and her keyboard player, Jon Cleary, wrote “Unintended Consequence of Love,” a great, funky tune that gets things off to a strong start. Raitt sounds sassy and confident, and age has brought some grit to her voice that gives it more authority. Her slide guitar boils under her vocal, and Cleary’s electric piano adds swagger, with help from George Marinelli’s rhythm guitar. 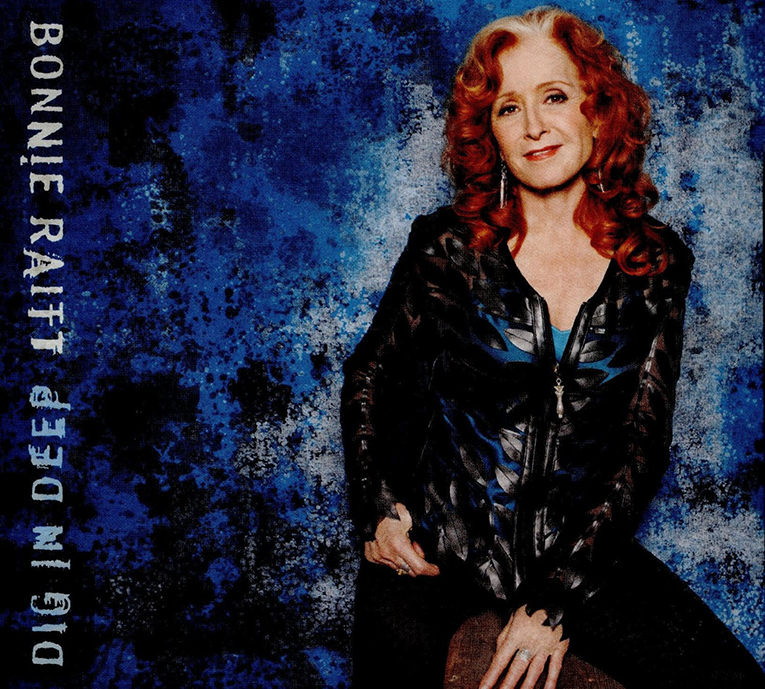 Raitt has always had good taste in songs, but I was surprised that she decided to cover INXS’s “Need You Tonight.” She turns it into a hard-edged R&B stomper with a searing slide solo and a tough vocal. Marinelli gets some solo time, and Mike Finnigan’s clavinet feature gives the arrangement an early-1960s soul vibe. Raitt’s slide also brings a sharp edge to Los Lobos’ “Shakin’ Shakin’ Shakes,” in a cover that kicks as hard as the original.

For all her savvy in choosing good tunes, it’s Raitt’s own compositions that help make Dig in Deep so strong. “If You Need Somebody,” co-written with Marinelli, is built around an ear-catching chord progression and a strong hook. “The Comin’ Round Is Going Through” is a terrific Stones-style rocker with scorching solos from Raitt and Marinelli, and “What You’re Doin’ to Me” has a hint of gospel that Raitt and her band carry off with ease and spirit.

Joe Henry wrote and produced “You’ve Changed My Mind,” a beautiful ballad featuring guitarists Bill Frisell and Greg Leisz. Raitt still hits the high notes cleanly, but her voice now has a slightly worn, dark quality that expresses more real feeling in slower tunes such as this. Dig in Deep closes with Raitt’s own deeply affecting “The Ones We Couldn’t Be,” with her on piano and Patrick Warren on keys. I can’t think of another singer who handles ballads with such heart and simplicity. 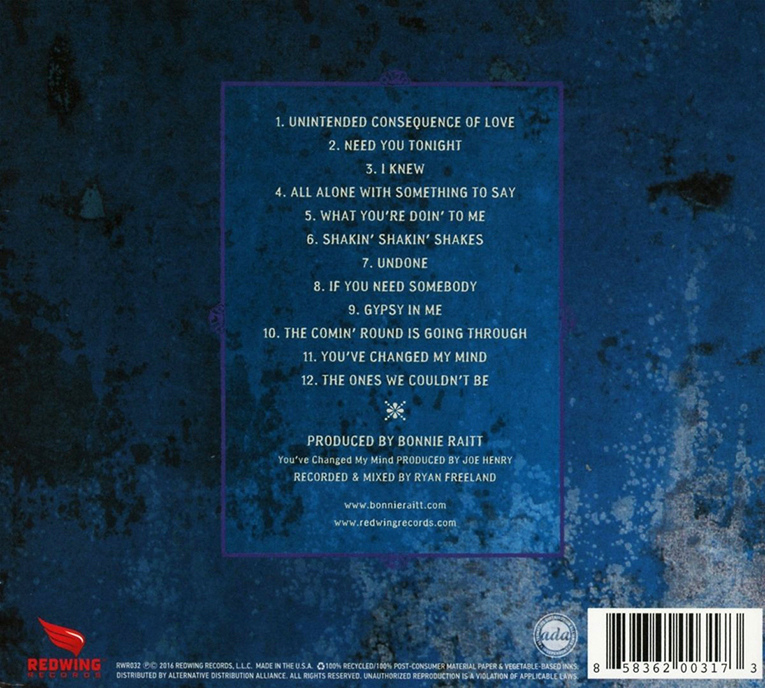 With impressive conviction and comfort, Raitt’s crack band plays everything she throws at them, from blues and funk to ballads. Every time, I felt that the players intuitively understood what Raitt needed, and that their history of playing together let them work naturally without going through the motions. Drummer Ricky Fataar and bassist James Hutchinson give the rock and soul tunes their swing and the ballads their soul.

Ryan Freeland engineered Dig in Deep, and Kim Rosen mastered -- the sound has the punch and excitement of a live performance. Bonnie Raitt is in outstanding voice throughout, singing about love and regret with a band that gives her precisely what she needs. The result is one of her very best albums.