Tord Gustavsen Trio: "The Other Side"

The Norwegian jazz pianist Tord Gustavsen has released eight recordings on ECM since 2003, the first three of which were trio sessions. The most recent, The Other Side, returns him to the piano-trio format after leading two quartet albums, and two ensembles featuring singers. Drummer Jarle Vespestad has played on all of Gustavsen’s recordings, but this is bassist Sigurd Hole’s first appearance on record with the pianist. Hole’s interest in Norway’s folk music as an inspiration for jazz is something he shares with Gustavsen, and makes him a good choice for this trio.

Gustavsen writes beautiful melodies that evoke a feeling of spiritual quest, perhaps because of his interest in Norwegian church music, but a line will appear suddenly that has an undercurrent of American gospel. “The Tunnel” begins the disc on a contemplative note but is also rhythmically firm. Vespestad uses cymbals and light snare taps to underscore Gustavsen’s clearly stated melodies, while Hole’s melodic bass keeps the music well centered.

Hole’s firmly stated bass lines give “Kirken, deen er et Gammelt Hus,” a hymn by Norwegian composer Ludvig Mathias Lindeman, a prayerful quality enhanced by Gustavsen’s electronic effects, which lightly fill in the background. Vespestad’s light cymbal taps lead in Gustavsen’s piano, and the music becomes more rhythmically settled. As this performance develops, Gustavsen strays from the main theme to pull it apart and examine it, then returns to it throughout without ever veering far from its musical and spiritual center.

“Re-Melt” oscillates between major and minor melodies, Vespestad and Hole laying down a solid groove that lets Gustavsen’s ideas flow easily and logically. “Schlafes Bruder,” based on the chorale “Komm, o Tod, du Schlafes Bruder,” from J.S. Bach’s Cantata 56 -- one of three treatments of Bach chorales here -- retains the composition’s stately piety, but with a more pronounced tempo and a modern jazz harmonic sensibility.

Hole’s bowed bass behind Gustavsen in the first section of “Duality” gives the track a hint of melancholy, and its Middle Eastern feel is emphasized by Vespestad’s restrained work on his kit’s lower-toned drums. In the middle section, Hole plays simple but powerfully presented notes against Vespestad’s cymbals, which expand in sound as he uses soft mallets to create a wall of support for the other players. Gustavsen returns to bring the piece to a ruminative, moody close that seems both pained and hopeful. 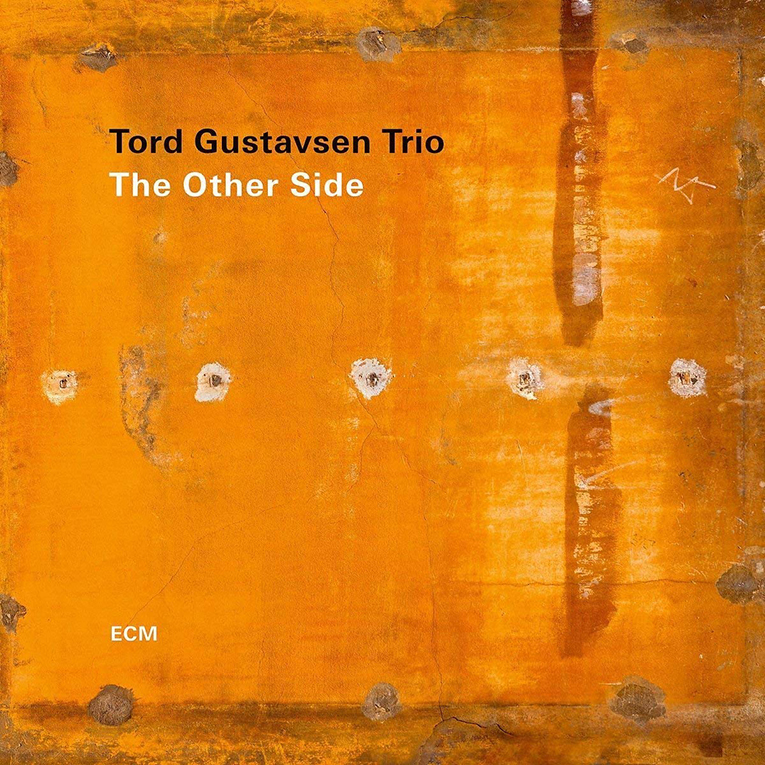 Gustavsen’s first three piano-trio albums featured bassist Harald Johnsen, who died at age 41 in 2011. Hole doesn’t so much replace Johnsen as bring to the trio similar melodic strengths and a shared vision. Gustavsen’s compositions are both passionate and intellectual, those seemingly disparate qualities making for music that is challenging and abstract but deeply affecting, often at the same time.

After so many years of playing together, Gustavsen and Vespestad are tremendously responsive to each other, sensing changes in dynamics and feeling with ease. Hole is also an alert player, but hasn’t quite reached the ease of interaction the other two enjoy and use to the advantage of Gustavsen’s music. Still, Hole is an inventive and rhythmically solid bassist who will no doubt soon develop the reflexes to react quickly to the other two players.

The Other Side was recorded at Rainbow Studio, in Oslo, Norway, and the sound shows producer Manfred Eicher’s usual attention to detail and space. Gustavsen’s piano sounds bright and big, each detail of Vespestad’s cymbal and drum work is sharply presented, and the attack and speed of Hole’s playing is rendered with clarity and force. A touch less reverb might have given the music a bit more warmth, but overall, The Other Side is an enjoyable and very well played album.