Mandolin master Mike Marshall has been recording for more than 30 years on labels large and small. For the last 12 years he’s recorded for Adventure Music, a label he founded with the late Richard Zirinsky. Marshall has played or collaborated with many musicians, including fiddle player Mark O’Connor, guitarist Jerry Douglas, banjoist Béla Fleck, and the Turtle Island Quartet. In 2010, he and classical mandolinist Caterina Lichtenberg recorded their first collaboration, Caterina Lichtenberg & Mike Marshall, and in 2015 they returned with a disc of arrangements of works by J.S. Bach. For Third Journey, the two selected a program of classical, traditional, and modern compositions, each work showing off their virtuosity without being a mere showpiece.

The album gets off to a rousing start with “Elzic’s Farewell,” an Appalachian fiddle tune arranged by Marshall. The chords have a rock’n’roll drive, but the music settles in as Marshall plays the melody, Lichtenberg taking first the bass line and then harmony melodies. They use dynamics to create narrative drive, and trade melodies back and forth with dazzling speed and dexterity.

The duo returns to Bach for the Prélude of his Partita No.3 for Solo Violin. Marshall adds counterpoint, and he and Lichtenberg weave their playing together in sublimely melodic and harmonic interplay. Marshall’s “Cat Got the Mouse” incorporates Irish jigs and Lichtenberg’s “cross picking techniques that she uses from 18th century mandolin masters.” This tune’s chord changes steer it into jazz territory.

Marshall first recorded “Borealis” in 2007, with violinist Darol Anger, for their duo album Woodshop. Here, Marshall and Lichtenberg trade melodies, sometimes at remarkable speed, but keep the main theme out front. Even in fast passages, “Borealis” retains an airy beauty. “Bokeh” has passages of strange, irregular themes that alternate with lines in which the two mandolinists come together, all of it creating tension and release. 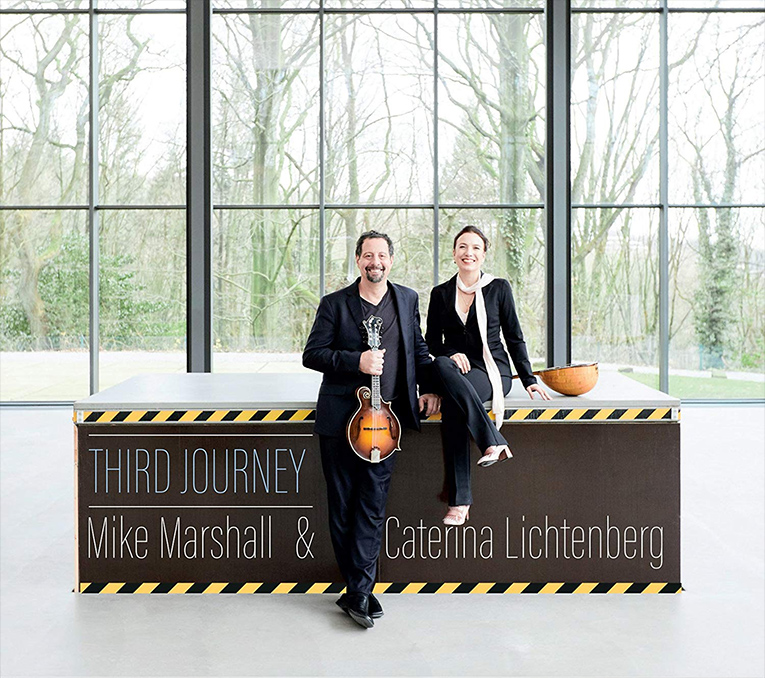 While much of the enjoyment of Third Journey comes from hearing two masters displaying their skills, the album also includes a variety of genres of music that keep it from repetitive ostentation. Henry Purcell’s contemplative, relaxing Ground in C Minor shows how well these two musicians lock together. It’s followed by “Queira-Me Bem,” by Brazilian cavaquinho player Waldyr Azevedo. (The cavaquinho, a member of the lute family, is a small, four-stringed Portuguese instrument that looks like a miniature guitar.) The two pieces couldn’t be more different, but the change in tone and pace isn’t abrupt or jarring; such contrasts are typical of the music on Third Journey, and show this duo’s wide-ranging versatility.

The album was recorded at Opus Studios, in Berkeley, California. The instruments were closely miked, and sound is clean, precise, and intimate, the players’ techniques easy to hear. Listening to it brings the feeling of attending a recital in a small hall.

I’ve enjoyed all three of Marshall and Lichtenberg’s collaborations. Marshall has recorded a number of other discs for Adventure, including several with Brazilian musicians. All are worth checking out, but I particularly enjoyed the feeling of the joy of making music that runs throughout Third Journey.