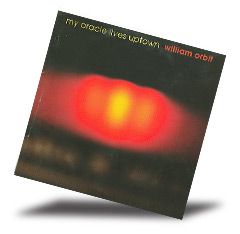 William Orbit is probably best known as the producer of Madonna's Ray of Light (1998), and Blur's 13 (1999), but his resume as a producer, musician, and solo artist is extensive. He was the driving force behind Bassomatic, a house music band from the 1990s, and he has recorded seven solo discs since 1987. My Oracle Lives Uptown, his eighth, features atmospheric and danceable electronica. It's also beautifully recorded, and Orbit was eager for his fans to hear it in studio master quality. He has therefore released it on Linn Records, which offers My Oracle on CD and LP, as well as 24-bit and 16-bit downloads. My copy was pressed on two absolutely quiet 180-gram LPs at Pallas in Germany. The keyboard washes are beautifully textured, the kick drums -- real and electronic -- thump solidly, and the layers of musical detail are clear and precise, even on densely arranged passages. The music is emotionally stirring, but it has a cerebral undercurrent. "Hydrajacked" sounds like a theme from a futuristic cop show, and the title tune has a nearly Motown vibe. Orbit brings a human touch to music that can often seem distant and cold, and you can dance to it. He plays guitar and keyboards on the album, and he also produced, co-engineered, and mixed it. Geoff Pesche did the direct metal mastering, but it has the warmth and flow of analog.