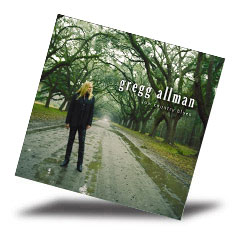 The Allman Brothers Band has always been at its best when it stayed close to the blues, primarily because of Gregg Allman’s dark, soulful voice. Low Country Blues is his first solo album since 1997’s Searching for Simplicity, and it’s his best. He wrote one track, “Just Another Rider,” with Warren Haynes, but the remaining 11 are traditional blues songs by other writers.

Allman and producer T Bone Burnett dig deep into the genre’s past for gems like Sleepy John Estes’s “Floating Bridge” and Skip James’s “Devil Got My Woman,” but they also pull in urban blues tunes made popular by Little Milton and Magic Sam. The acoustic country blues “Devil Got My Woman” is a simple arrangement focused on Colin Linden’s Dobro guitar and Allman’s voice, while “Blind Man” remains close to Little Milton’s original horn-driven arrangement. Magic Sam’s “Checking on My Baby” is Chicago blues that gets a kick from a Raelettes-style vocal quartet, and Dr. John gets the piano just right on Amos Milburn’s “Tears, Tears, Tears.” Guitarist Doyle Bramhall II is consistently brilliant in a variety of blues styles, but all the musicians on Low Country Blues know this music cold. Burnett’s production sounds like vacuum-tube technology on every step from the guitar amps to the mastering console.