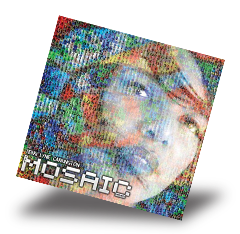 Summer is here, and my soundtrack is as varied as the temperature, which dips (to my relief) and rises (with a vengeance) by night and day. To get you through the dog days in style, I recommend a little jazz, a little rock, and some sweet Southern blues.

Drummer and composer Terri Lyne Carrington’s new album, The Mosaic Project (CD, Concord Jazz, released July 19), brings together some of the finest women in contemporary jazz for a potent 14-song set of artistic collaboration. The cross-cultural, cross-generational mix features established legends like Dianne Reeves, Cassandra Wilson, and Shelia E. alongside such up-and-coming players as bassist Esperanza Spalding and vocalist Gretchen Parlato, and showcases some of the greatest musicians in modern jazz. Classics and standards are given renewed vigor -- like the very first track, "Transformation," a jazzed-up rearrangement of Nona Hendryx’s song, which Hendryx performs with soulful flair. Carrington is the skilled chauffeur behind the wheel of this album: her drumming, supersharp and tasteful, steers the momentum and vibe throughout. Poetry, politics, and love comprise the themes of the tracks with vocals, which are sung equally impressively with sultry smoothness (Wilson’s "Simply Beautiful") or octave-bending improvisation (Parlato on "Crayola"). The balanced recording showcases the subtle nuances of each musician’s playing; the resulting mosaic is a rich, multifaceted masterpiece.

Mississippi native Grady Champion wails on harmonica and vocals on his fifth blues album, Dreamin’ (CD, GSM 7500-11). The ten original tracks run the gamut from traditional-sounding tunes ("My Rooster Is King," "Thank You for Giving Me the Blues") to club-like R&B and heavy-hitting, rocking numbers. "Guilty as Charged" admits to marital cheating with a playboy’s pimpin’ swagger, while in "Same Train," Champion begs to "bring my baby back." The title track is a tribute to Slim Harpo’s swampy blues style, and "Weight of the World" is an uplifting ballad woven together with sustained organ, amplified harmonica, and breathless female background singing. The tracks all flow seamlessly, and the up-close sound pulses with gritty, driving force. 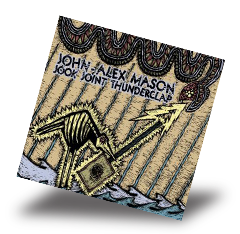 Another blues disc, Jook Joint Thunderclap, by cigar-box guitarist John-Alex Mason, was released a few months back (CD, Naked Jaybird Music NJBM-008), and it’s a spellbinding album that has grown on me with each hearing. Mason sings with an achy wail that well fits his new, rollicking band (his past releases were all solo efforts). Mason is joined by Cody (vocals) and Cedric (drums) Burnside, grandsons of blues legend R.L. Burnside, and Gerry Hundt (harmonica, nine-string guitar, mandolin) and Steve Malcolm (guitar, bass). The music is raw Delta blues that belies the leader’s youth and Colorado upbringing, but rings true to his formative training in a Baptist church choir. The appearance of three guest musicians from Guinea on their iconic instruments, djembe and bolofone, send several tracks into an African-blues realm, while Cody Burnside’s silver-tongued rapping gives a pungent, unexpected blast to others. The hard-stomping "Free" and the harmonica-laced opening track, "My Old Lonesome Home," are standouts. This disc will hit you like a thunderbolt of new blues goodness. 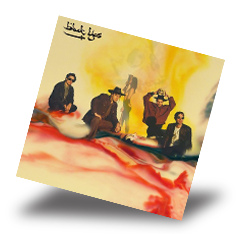 No summer soundtrack is complete without some sweat-drenched rock anthems, and Atlantan renegades Black Lips deliver just that on their sixth studio album, Arabia Mountain (CD, Vice VCA 2-800026). Using the basic formula of rock’n’roll (guitar, bass, drums, vocals), Black Lips sound much of the time like throwback surf rock or 1960s British Invasion bands. It’s only when you listen closely to their sometimes confrontational lyrics, or the occasional manic screech seeps through (as in "Raw Meat" and "Spidey’s Curse"), that there’s any indication that these boys are really a punkish garage-rock band. The surf guitar and Theremin in "Bone Marrow" will get all you Gidgets geared up for some beach-blanket bingo, while America’s favorite pastime gets some attention in "Noc-A-Homa," a tribute to the Atlanta Braves’ mascot.

So get some new music to beat the heat; there’s something here for everyone, and collectively, these discs are a summertime grand slam!