Someone recently asked me, “What’s the point of doing unboxing blogs?” Admittedly, I didn’t quite grok this uniquely 21st-century phenomenon at first, but I’ve come to realize that they tell a story. Sometimes that story is about the care put into packing and shipping a piece of gear. Sometimes it’s about presentation. Sometimes it’s just about initial impressions and a closer look at connectivity. In the case of the SVS PB-1000 Pro subwoofer, though, the packaging itself tells a neat story. 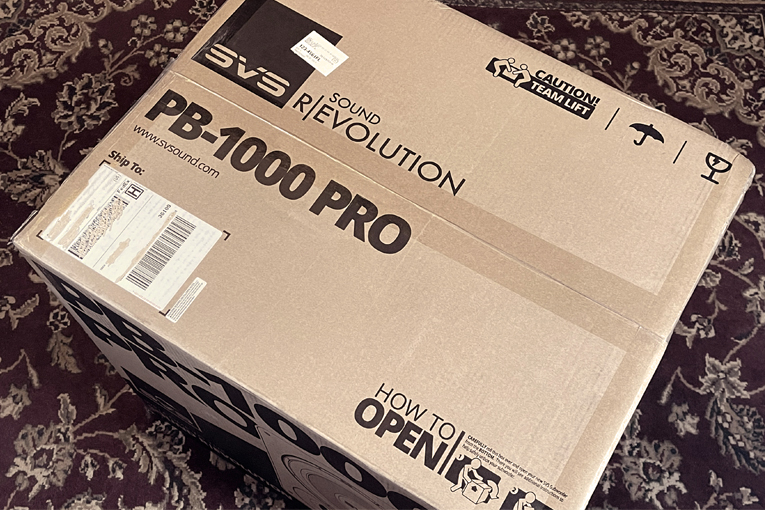 Let’s face it: unboxing a subwoofer is never fun. You’re basically unpacking a bulky black box, oftentimes one too heavy to lift right out of the container itself. SVS takes some of the pain out of this process with simple, IKEA-like instructions printed right on the packaging. 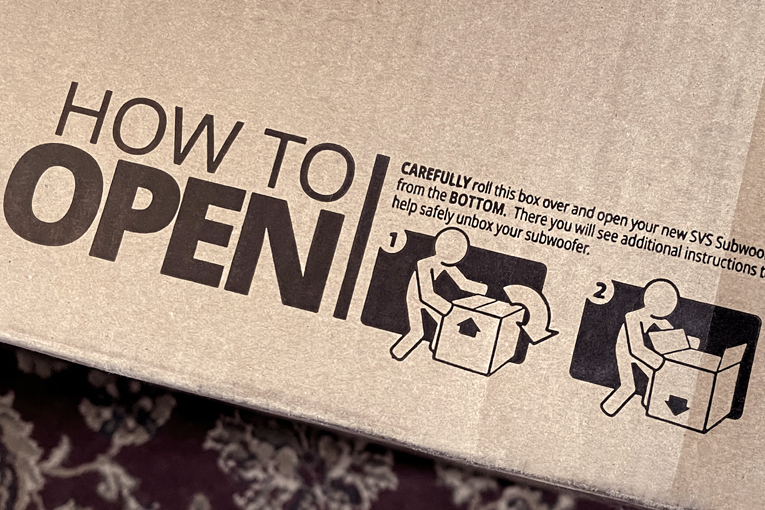 Granted, if you’ve ever unboxed a subwoofer in your life, that first instruction tucked away in the corner of the top of the box is probably all you really need. But let’s not forget there are people buying their first subwoofers every day, and it’s kinda cool that SVS keeps those newbies in mind. That first instruction also builds a fun bit of anticipation—what am I going to see when I get this box flipped over? And, well, there you have it. No ambiguity. No guessing. No risk of having the box slip halfway through, resulting in injury. (And you can laugh, but I’ve got one broken ankle that never quite healed right and a big toenail that grew back all wonky to prove that even us old pros have to be careful when pulling a sub out of its container.) 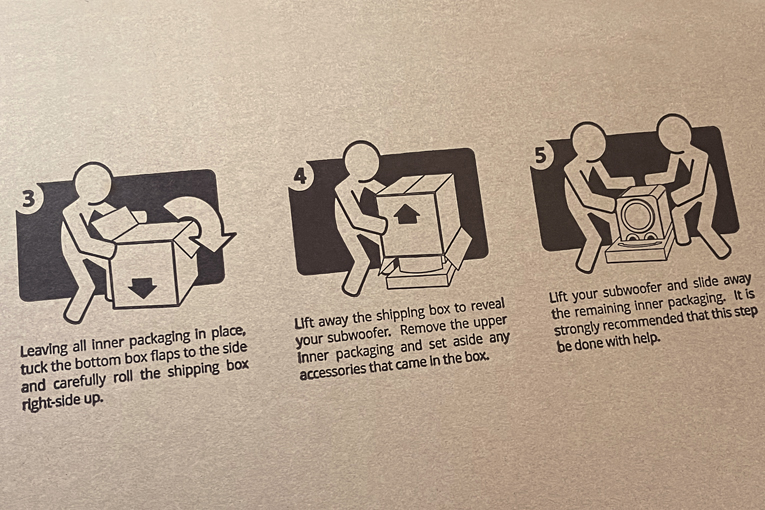 A closer look at that internal pictogram reveals that SVS recommends phoning a friend before the last step of the unboxing, but given that the (relatively) diminutive PB-1000 Pro weighs a mere 42.5 pounds, I didn’t find that necessary. I didn’t even need the hand trucks that I normally use to cart subwoofer boxes from one end of the house to the other. 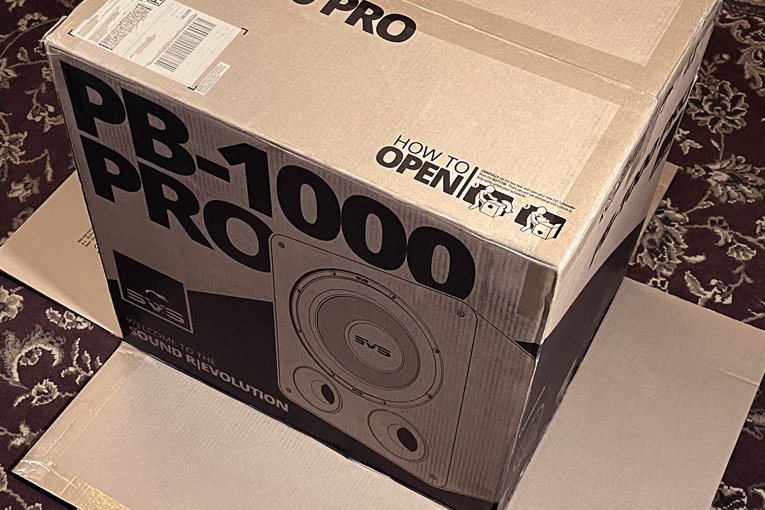 With the PB-1000 Pro’s box flipped over and its flaps splayed out like puppy feet, it was time for me to lift off that cardboard for the big reveal. The moment of truth, as they say. 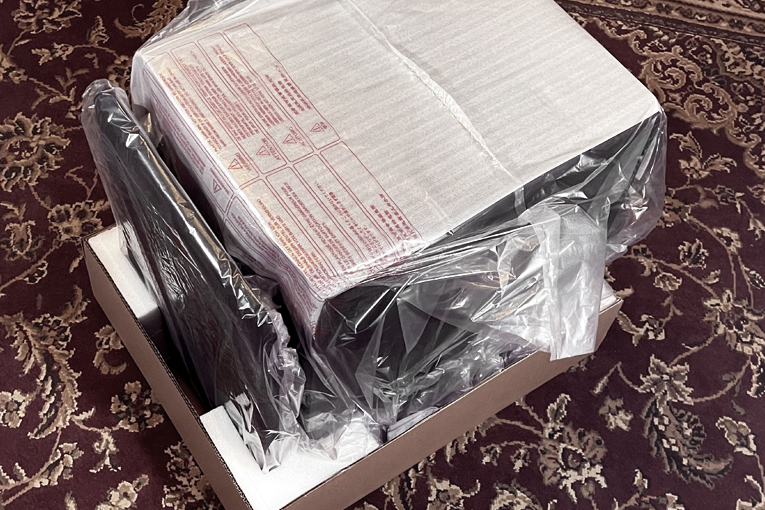 And I’ll admit, I didn’t see this coming. Most of my experience with SVS subs has been at the upper end of the lineup. I think the smallest of the company’s offerings I’ve auditioned was the original PB-2000, nearly a decade ago. Since then, I’ve mostly moved up the line, not down.

Despite the fact that I’ve always found SVS gear to be well packaged, I wasn’t quite expecting the same level of care with a $599.99 sub (all prices USD) that sits firmly at the bottom end of the company’s range.

But everything here—from the polyethylene foam endcaps to the sheet-foam padding to the individually plastic-wrapped grille—speaks to a level of care and attention you don’t necessarily expect at this price point. 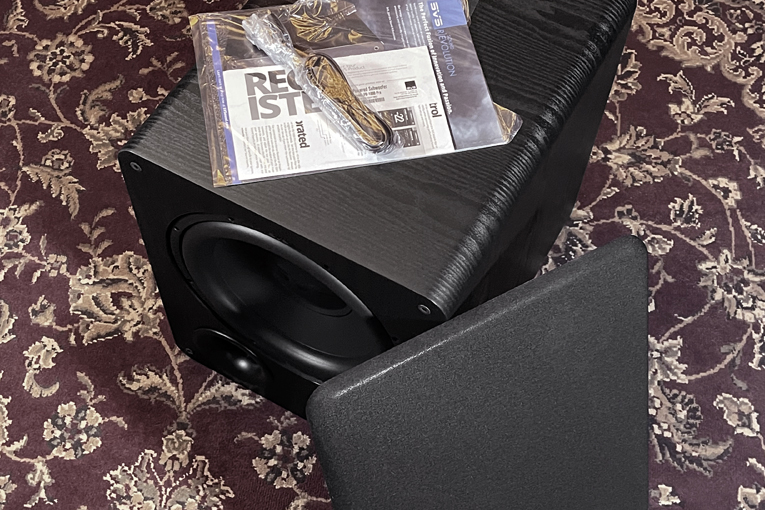 Removed from its dressings, the PB-1000 Pro certainly isn’t going to win any beauty contests, what with its matte black ash finish and simple shape, but I think it looks quite nice for what it is. Besides, glossy finishes for subs come with their own downsides, from the fact that they’re magnets for fingerprints and dust to their specularity. The PB-1000 Pro is designed to be unassumingly tucked near the wall—probably close to a corner in most rooms—and draw as little attention to itself as possible. 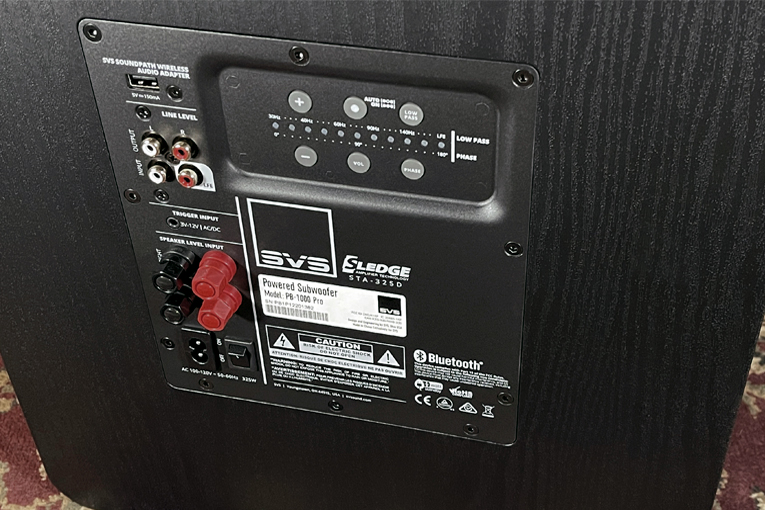 Flipping the cabinet around, though, I found a few niceties that you wouldn’t expect from a sub in this price class, along with the expected IO. In addition to stereo RCA inputs and outputs (the right channel of the former intended for a single LFE connection), you’ll also find some nice push-button controls, a USB port for SoundPath Wireless Audio Adapter connectivity, a 12V trigger input, and perhaps my favorite thing about the PB-1000 Pro so far: speaker-level connections!

I guess you could chalk this up to the fact that most people use subs in a home-theater environment, mated with an AV receiver, which makes speaker-level connections unnecessary. But far too many subs these days simply aren’t suitable for use in a simple stereo (well, 2.1-channel) setup, at least not with preamps or integrated amps that lack preamp outputs and/or crossover capabilities. Since I’m planning to employ the PB-1000 Pro at least half the time in a stereo setup, though, and since most of my int-amps lack modern subwoofer compatibility, I’m digging these speaker-level ins and outs the most. 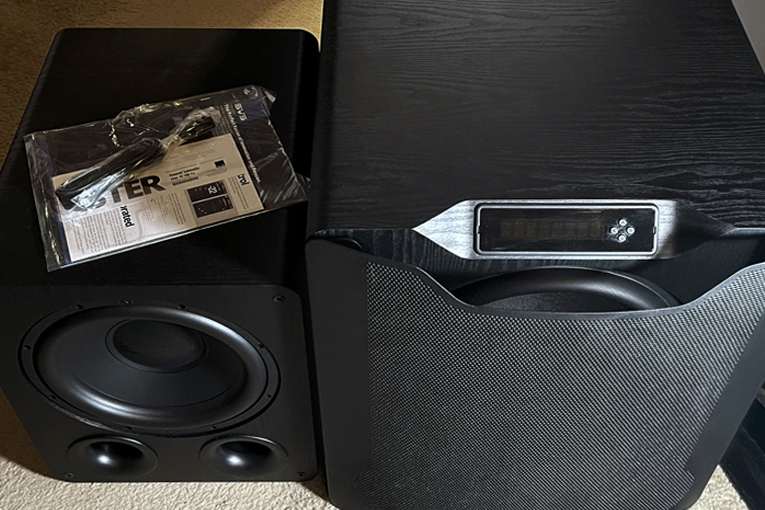 One last shot before the PB-1000 Pro goes into my two-channel listening room. This is a peek at the little guy next to his older and beefier sibling, the PB-4000 ($1899.99). The difference in size between the two is a bit staggering when you place them side-by-side like this. And no, I have no intention of doing a subwoofer shootout here. That would hardly be fair, since it takes two PB-4000s to fully and evenly pressurize my media room, and I have only one PB-1000 Pro in for review.

I just thought it would be fun to have a look at the entry-level SVS solution sitting alongside a much larger SVS sub.

With that out of the way, it’s time to get to listening. Keep an eye out for my full review of the PB-1000 Pro here on SoundStage! Access, coming October 15.