Amplifiers are among the simplest of audio components: a signal enters, a more powerful copy is made, and it’s pushed out the back end. Of course, there’s way more to the story! Designing amplifiers is probably as much art as science, and as with loudspeakers, a good engineer can "voice" an amplifier to give it a particular sound. But while there are many ways to design an amplifier, all follow well-established design principles that define how they operate.

All amplifiers adhere to design parameters that fit within specified "classes," characterized as class A, class AB, class B, class D, etc. In the simplest terms, these classes identify how an amplifier goes about amplifying and how efficient it is in its operation.

Class-A amplifiers are characterized as having output stages that are always "on" in the sense that an individual output device -- a transistor or vacuum tube -- is responsible for amplifying the full amplitude of an incoming signal. So what is amplitude? Well, think of an ocean wave. A wave’s amplitude is its height above a fixed horizon plus its depth below, so a wave that rises and sinks 1.5' past a fixed horizon has an amplitude of 3'. Audio signals are waves, too, and their amplitude is measured as a voltage above (positive) and below (negative) a zero point (the horizon). 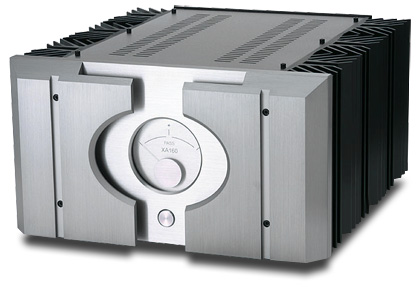 A class-A amplifier’s output device, then, is designed to stay on through the full signal amplitude -- from all the way positive to fully negative and back again. Another way of expressing this is to say that the class-A device remains on for a full 360-degree amplitude cycle because it’s responsible for amplifying both the positive (180 degrees "up") and negative (180 degrees "down") halves of the signal. The corollary of always being on is that, when the amplifier is powered up, a class-A device is never off.

This "always on" characteristic explains why class-A amplifiers tend to produce a lot of heat. A small room housing a big class-A amp is a hot place if there’s no air conditioning. In solid-state class-A amplifiers (ones that use transistors versus vacuum tubes) there are substantial heatsinks, which draw heat off of output transistors and prevent them from self-destructing. Interestingly, the heat coming off a class-A amp represents about 65% of the total energy it consumes. Put another way, class-A amps convert only 35% of the electricity they consume into audio output. As you might expect, because it wastes so much power a class-A amplifier needs a massive power supply to feed it. In a powerful class-A amplifier like the Pass Labs XA160.5, which produces 160W into an 8-ohm speaker load, the power transformer is huge and might account for almost half the amplifier’s 150-pound mass.

Class-B amplifiers feature output devices that conduct only during 180 degrees of amplitude so, unlike in a class-A amplifier, a class-B output device is off for half of the amplitude cycle. A class-B output stage is referred to as having a "push-pull" configuration, with the positive device "pushing" and the negative "pulling" the signal along. As a consequence, while a class-A amplifier can conceivably use a single output transistor or tube to amplify the full signal wave, class-B amplifiers require two output devices at a minimum, one positive and the other negative. Interestingly, though a class-B amp requires twice the number of output devices as a class A, because half the devices are off at any given time a class-B amp can be up to 78.5% efficient, a vast improvement over class A in that regard.

Class-D amplifiers are the coolest thing in amplifiers these days, and not just because they’re very energy efficient. These newer-tech amps are often erroneously called "digital amplifiers" but in fact they are fully analog devices in that the input signal is not digital. Class-D output devices get the digital moniker because like a digital audio signal they are either fully on (a digital "1") or fully off (a digital "0"). This mode of operation spawned a more accurate name for class D as "switching amplifiers," with the switch being a transition from fully on to fully off. But how can an amplifier produce an uninterrupted audio signal if it’s off half the time? The answer is that class-D amplifiers and their associated power supplies switch really, really fast.

ICEpower, a Bang & Olufsen subsidiary, is one of the big names in class-D design, with over 70 audio manufacturers using its amplification modules. ICEpower’s 250ASX2 module, a 250Wpc device that, power supply and all, is about the size of an average postal envelope, switches on and off between 90,000 and 600,000 times per second. Since class-D amplifiers don’t produce any heat when they’re off, class-D amps operate much more coolly and efficiently than other amplifier classes. In fact, class D can be more than 90% efficient, and because so little power is wasted as heat, class-D amps can get away with tiny heatsinks or even no heatsinks at all. They can also do quite well with power supplies that are a fraction of the size required in a class-A design. Smaller power supplies make for lighter amplifiers, so while a great-quality class-A amplifier with a couple of hundred watts of output per channel can weigh 60 to 260 pounds -- a majority of that being its power supply -- a comparable class-D amp might weigh five pounds. 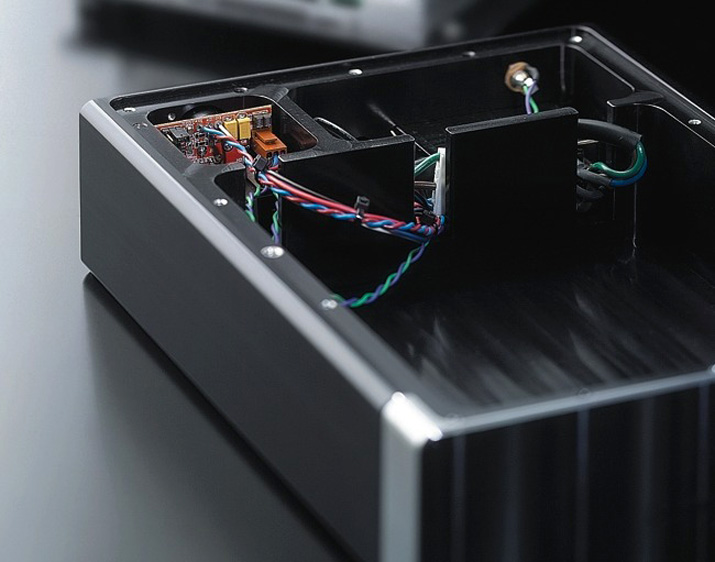 Interestingly, the svelte nature of class-D amps seems to have led to a weighty problem for high-end-audio manufacturers. Traditionally, high-quality audio amps are heavy beasts, but class-D technology allows amplifiers to be small and light. Unfortunately, small and light translate to cheap for some consumers. Perhaps to address this stigma, manufacturers have resorted to making exceptionally heavy cases for their class-D modules, with the additional casework making up a lot of the weight differential. By way of example, Jeff Rowland’s ICEpower amplifiers feature casework that more resembles an aluminum tub than a traditional chassis. With walls about an inch thick all around, this casework is more fallout bunker than chassis, but it adds a lot of the heft that some buyers demand.

Thick cases aren’t just about weight, though, as some would argue that class-D amps need such housings because with their high-frequency switching comes high-frequency noise pollution that must be contained. This was the case during the technology’s early days, and it likely still is with some cheaper designs. But companies like NuForce have shown unequivocally that high-end sound can come from small, light amplifiers that give up very little but weight and heat dissipation to their more conventional cousins.

It’s actually the whole idea of switching on and off that some say qualitatively sets the different amplifier classes apart. According to their argument, class-A amps sound best because they never switch and therefore produce no switching noise. Class-B amps switch, but they do so far less frequently than class D, and some therefore believe them to be inherently superior to class D while remaining inferior to class A. Real-world experience reveals that there are no absolutes. The truth is that there are excellent amplifiers -- and real dogs -- in each performance class. As always, a product’s specification sheet should be a guide; what really matters is how an amplifier sounds to you.

Next Installment: "How Amplifiers Amplify and Just What the Heck Is a Preamp?"