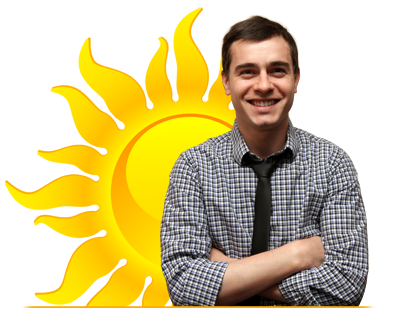 I’m not fond of clichés. The universal repetition of a phrase that once was clever and original dilutes whatever significance it might have had. Many people know someone who is prone to talking in so platitudinous a manner that one could finish practically every other sentence that person utters. While most normal, well-rounded, humane people are decent enough to humor them, I often find that my patience recedes in alarmingly short order.

Of course, we all repeat ourselves. It’s just a matter of frequency. When I quickly take my leave of such a person to . . . well, to do anything else, I don’t intend it to be taken personally. I’m simply trying to make more efficient and productive use of my time than to listen to something I’ve read or heard innumerable times before. Call me callous, but one can be courteously brief without being curt. I suppose time will tell if my inner surliness will remain content being holed up. I suspect that, as an octogenarian, I’ll be an exceedingly crotchety neighbor.

Speaking of neighbors and hackneyed phrases . . . be careful what you wish for, because you might just get it, and don’t bite off more than you can chew. Two months ago, I asked for additional equipment to review. Greedily unsatisfied with the two pieces I already had in, and with a metric ton of nothing to do over the months of August and September, I figured I’d take the time to immerse myself in music, hardware, and writing. I envisioned it as a cathartic way to conclude what have been a few hectic years of reading, studying, and taking exams for a degree of questionable moral and professional value. I didn’t think that taking on five or six more reviews would be an education in and of itself. By October, my neighbors should detest me.

Four pairs of speakers are, or shortly will be, taking up residence in my snug residence. Ranging in price from $1000 to $2200 USD per pair, they could not be more different. Silk-dome, aluminum, ribbon, and electrostatic tweeters married to small- and large-diameter paper and fiberglass active woofers and passive radiators, both circular and racetrack-shaped. One is a small but traditional-looking tower in wood veneer, two look rather unremarkable, and the last is distinctive as could be. My apartment looks like an audio dealership.

Two DACs are also in, to mind the musically inclined ones and zeros stored on my laptop. One is a sensibly compact, budget-friendly design from Japan that’s more Toyota Corolla than Lexus LFA. A dual-differential DAC with asynchronous USB operation and built-in headphone amplifier, it’s become a welcome desktop acquaintance. In my main system, a British DAC with a quintessentially staid sense of style has replaced my Benchmark. Both new DACs have surprised me -- the former for the amount and quality of component that can be had for a relatively paltry sum, the latter for the shocking amount of musicality that these days can be coaxed from a high-end digital product. One does cost almost six times as much as the other, though. Hmm.

Last, for now, are a matching amp and preamp-DAC. Class-D power, a vacuum tube, and a Sabre DAC chip? What a lovely combination. I’d previously never heard a class-D amp, or anything that had included Sabre’s vaunted digital-to-analog converter. And now, after railing at tubes two months back, I get the chance to review a product that proudly displays one through a small porthole on its front panel. Excellent.

What began in my head as a relatively straightforward two months of listening has morphed into something far more demanding. How does a ribbon differ from a tweeter, and if its manufacturer says it’s “better” than a traditional tweeter, then why don’t more companies use ribbons? Along similar lines, how the hell does an electrostatic panel, which looks like a sandwich with a good bit of Saran Wrap in the middle of it, work, exactly? What’s the value of passive radiators, or digital filters, or a bipolar speaker with only a midrange driver and no tweeter on its rear panel?

The one potential drawback, as I see it, is that listening to music might become a chore. What begins as listening for pleasure ends with playing the same songs over and over in an effort to discern precisely what differentiates one product from another.

But I imagine that the benefits will be long lasting. Spending an extended period of time with so many different types of products will give me a solid foundation of knowledge on which to base my writing going forward, and learning about the functionality of their underlying designs should help me articulate not only how a product works and sounds the way it does, but, more important, why.

And this last point, too, is important. It’s all well and good to rattle off the specifications of a component, to paraphrase the hifalutin language so often found in the accompanying marketing materials, and to wax poetic, often needlessly, and always at the expense of being informative. Some reviewers and publications like that approach, and I presume a proportionate number of readers do as well. My hope is to emerge from my sonic cocoon in October a little wiser about all things audio, and to turn in reviews that are heavier in product examination and sound than in evidence of thesaurus thumbing. After all, practice makes perfect.

Which brings me, cringingly, back to clichés. If, after writing seven or eight reviews, I can avoid such favorites as “sparkling, extended highs,” “reticent mids,” and “thunderous bass,” I’ll consider it a “transparent” and “ruthlessly revealing” victory. But if one of those phrases insidiously makes it to print, I’ll still sleep easy. You win some, you lose some, right?