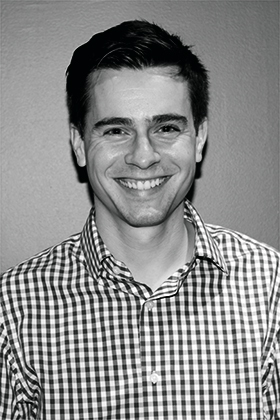 I like to drink. It’s one of those things that casually represses my inner introvert, allowing my more obnoxious tendencies to shine through for all around me to see. Sometimes it’s a night of beers, preferably of the British variety. This allows me to drink for a long period of time without doing too much damage to me, my close relationships, or my immediate surroundings. When I’m trying to facilitate the process of rediscovering a less imperfect “me,” I’ll resort to a bottle of wine to get the job done. Pinot noir, my loyal, red-blooded friend, we meet again. In increasingly frequent moments of laziness, I’ll turn to scotch whisky, the beverage that seems to yield me the most cerebral feelings of intoxication. I find that modest amounts of the amber, oak-aged liquid offer a direct path to the highest clarity of thought.

But despite my deep respect and affection for alcohol, I’ve never developed a dependency on it. When I imbibe too much, my body kindly informs me that I’d be making a galactically poor choice if I tried to have any more. I then swear off the good stuff until I’m once again ready to renew our acquaintance. I’m fortunate for not having a very addictive personality. I’m too cautious to dabble in other substances, too stingy to gamble, and my relationship with food has never been too problematic, despite my penchant for Sour Patch Kids.

But there are other, more recently recognized forms of addiction that bridge the divide between “those” people who are compulsive drunks and those who are seekers of a good high. How about sex addiction, exercise addiction, and computer addiction? Perhaps the most visible manifestation of addiction is retail therapy. The label sounds harmless enough. For female friends of mine, a bad day at work might result in the purchase of an expensive pair of ballet flats. For my guy friends, maybe a Blu-ray Disc or two, or a new gadget. The habit worsens when the impetus isn’t a bad day at work but, rather, the fact that it’s Tuesday. Nothing interesting ever happens on a Tuesday. But now a new pair of shoes has metastasized into an entire outfit, a Blu-ray into a new TV. In neither instance is there anything resembling a need for such a purchase.

Luckily, audiophiles don’t have this problem. For us, it’s about the music -- worst case, we’re out the cost of a few CDs, LPs, or hi-rez downloads.

I fear the reality is, for some at least, a bit more involved. I recently talked at length with a fellow SoundStage! Network contributor about his and my roots in the high end. Your story may have begun like ours, and innocently enough -- with a friend whose system thoroughly embarrassed your iPod dock, or an unsuspecting trip to a hi-fi shop that opened your ears to what’s possible. So you bought a receiver, a source component, then splurged a bit more than you wanted to on the speakers. But hey, the speakers are awesome, and you’re never going to need anything more than that.

Then you read that bulk speaker wire and no-name RCA cables are ruining your life by muddying your system’s imaging and making your bass sound shallow and plodding. So you buy high-end cables. But giddy as you are as you hook them up, already you’re thinking, I can’t run $600 worth of cables into a $300 receiver. You audition amps; you read, reread, and fret over reviews of digital-to-analog converters; and speakers just outside your budget keep haunting you as you listen to your still-new system, which now seems terribly mediocre.

I made some irresponsible purchases of equipment -- I spent a bit too much on some gear during a time when I absolutely should have been saving money. My SoundStage! Network colleague realized that he’d gone just as far down the same path, and perhaps farther. For the first time, he considered hiding money from his significant other to feed the audio beast. Time he should have spent studying was instead allocated to reading the latest reviews, obsessing over system synergy, and capturing that elusive unicorn that many audio reviewers seem able to find for almost every review: the perfect, giant-killer component.

All of this invariably sows seeds of doubt. Why doesn’t your system sound as good as the one you’re reading about? You really need this, or that -- or both -- to get the sound in your listening room just the way you want it. You begin to wonder how much your current gear might fetch on the used market, how you might finesse the remaining few hundred bucks to magically appear from the ether, and how you can justify the purchase not only to your better half, but to yourself.

I’ve been writing for GoodSound! for about two years, and not a single component remains from the system I began with. Without question, I’m hearing more of my music collection now than I heard before, but am I any happier? And how much of a hit have my finances taken during that run? Sometimes, when I turn on my stereo, I think, “I don’t need all this stuff.” And I don’t. I know that, because I get new components in for review that cost a fraction of what my current equipment does.

It’s easy to imagine that the less expensive stuff sounds pretty amateurish in comparison, but the differences aren’t nearly as dramatic as you’d think. I’m just as likely to start singing along with $300 computer speakers as I am with speakers that cost an order of magnitude more. And even when something really awesome comes in that I’d love to own -- like several of the components currently in for review -- the fact remains that what I have is great, and works for my needs and my budget.

Recently, I found that I don’t even have to remind myself of this. Last January, when I returned from the 2013 Consumer Electronics Show, having heard dozens of rooms filled with outrageously expensive gear, I assumed that I’d turn on my stereo and be disappointed. That didn’t happen. On the contrary, I was pretty impressed with my setup. While it’s hardly the state of the art, I still found it properly satisfying. What a pleasant surprise.

Yet it took less than three months for me to hear something else that, once again, got the gears in my head turning about how I might make it mine. I won’t buy it, I know, because I’m lucky enough to be able to convince myself that I simply don’t need anything more than what I have and enjoy now -- like a bottle of Johnnie Walker Blue Label. But I’m keenly aware that such yearnings will never fully go away, and that at some point I won’t be able to resist them. I suppose the victory will be in holding out as long as I can.

Stay strong. No matter how good it sounds, a stereo system can’t love you back or put a roof over your head. There are still times I wish I could go back in time and tell myself just that . . .