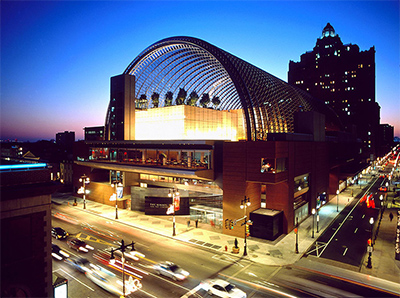 It strikes me as odd that many audiophiles aren’t nearly as interested in live music as they are in listening through their stereo systems. Some audio reviewers -- and, indeed, at least one founder of a popular high-end manufacturer -- crow about how they frequent live concerts in an effort to keep their ears attuned to what the “original event” sounds like.

This is utter crap. In terms of what we see and hear, humans have a demonstrated ability to be thoroughly subjective creatures. This is why listeners gravitate toward different types of audio equipment, all of which have different sonic profiles, some more profound than others. And really, there’s something quite alluring about throwing a warm-sounding amplifier or pair of speakers into a system. Is it a paragon of neutrality? Of course not. But for the rare times that you might order lobster, you don’t savor each bite without accompaniment. No, you drown the little guy in melted butter. So live music as a method of zeroing our ears is, to me at least, total nonsense.

In fact, I’m pretty anti-live music. Invariably, I’ll go to a concert and wind up spending $20 to park, and $12 on a light beer. Hardly the propitious start. Taking my seat or finding my spot to stand in between some sweaty, flannel-wearing hipsters, grunge-wearing post-goth types, or flamboyant fortysomething males, I’m then aurally assaulted by industrial-strength PA speakers. And the sound. It’s just awful, and terrifically loud. So I’m paying good money to drink beerwater, stand close-ish to someone whose songs I admire but who I’d probably detest in person, and who then punishes my ears for an hour and a half, leaving me with mild tinnitus and a sense of brooding despair about my emptied wallet.

I can see the appeal of non-amplified concerts, but that limits you to singer-songwriters in coffee shops, and music by decidedly dead European men in enormous concert halls. As I’m not the type to brag about intimately knowing a few “up and coming local bands,” the only meaningful opportunity I take advantage of to hear professional musicians practice their craft without electronic encouragement is in Philadelphia’s Kimmel Center for the Performing Arts, residence of the Philadelphia Orchestra. I live three blocks from that city landmark, and despite having a fondness for classical music, I hadn’t visited the venue for over ten years. Until a few weeks ago.

The Philadelphia Orchestra had been scheduled to perform at Carnegie Hall, in New York City, on October 2, the opening night of that venue’s 2013/2014 season, but the concert was canceled due to a strike by the Carnegie staff. The orchestra then did something curious. Rather than return home to Philadelphia and take the rest of the day off, the organizers harnessed the power of social media at 11:30 a.m. to promote a “pop-up” concert at 6:30 that evening, at the Kimmel Center. The program would be about 90 minutes long and entirely free of charge. Long overdue for a visit, I took a five-minute walk up Broad Street to grab a decent seat.

The Kimmel enter is a stunning piece of architecture. Its signature curved-glass roof is unlike anything else I’ve seen, and Verizon Hall, where the Orchestra performs, is a completely standalone, 2500-seat wooden structure built in the shape of a cello. Its internal architecture has been acoustically optimized, with no straight lines or right angles. It’s filled with huge amounts of high-quality wood and plush materials, and I felt fortunate to enjoy it at no cost. I imagine that about 2400 other people did as well -- as far as I could make out, the hall was full. 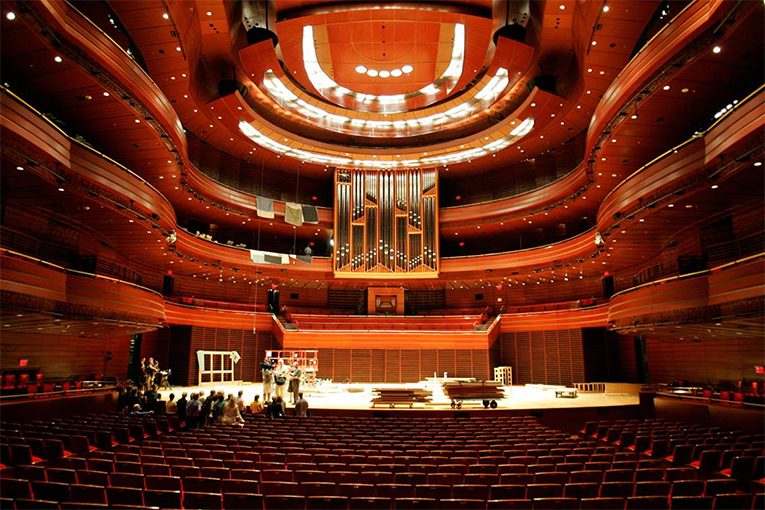 Conductor Yannick Nézet-Séguin greeted the respectful but exuberantly diverse crowd of listeners before launching into Tchaikovsky’s Marche Slav. Having been to trade shows where hundreds of thousands of dollars’ worth of equipment could be found in one room or another, I’ve heard what state-of-the-art hi-fi design can do with the famed Russian composer. It’s great -- nearly sublime, really -- but it just doesn’t compare to the real thing. To even bother with trying to describe the quality of the sound I heard during that performance would be fruitless. It was the real thing -- something that not even superspeakers from Magico, TAD, or Vivid can quite replicate.

This was a revelation to me. I adore blasting Grieg, Holst, Stravinsky -- and, begrudgingly, even French composers like Debussy and Ravel -- on my stereo. From the wild dynamic swings of the music, to the complementing of a tinkling triangle with a thunderously struck bass drum, the simultaneous micro- and macronuances of classical music are why enormous loudspeakers are designed and made in the first place. And yet, when I played Marche Slav through my floorstanding KEF R900s when I got home from the concert, it just wasn’t as satisfying. The musicians “reproduced” in my living room simply didn’t have the dexterous athleticism or grace of the ones I’d just heard in person.

But progress marches on. The latest beryllium and aluminum tweeters are exceptional. Digital processing has made leaps and bounds over what existed even just five years ago. And amplifier technology is maturing with greater rapidity than at any time in the past, as class-D blossoms, and class-G and -H come into existence. This is to say nothing of the improvement in sound quality made possible by high-resolution audio formats. Mediums like DSD and hi-rez PCM are beginning to capture the zest and ambiance of performances in ways that CDs never could. All the while, the prices for much of this quality continue to fall, putting true hi-fi products within reach of more people than ever before. This industry may actually be headed toward occupying a position of relevance in the public consciousness. One can dream . . .

Regardless, I implore you to catch a performance by a proper orchestra when the opportunity arises, whether or not you like the music. The result will demote your stereo system to mere pretender status, if only for an evening. And that’s perfectly fine -- no matter what your local audio dealer tries to tell you, you won’t hear those mellifluous sounds anywhere else.