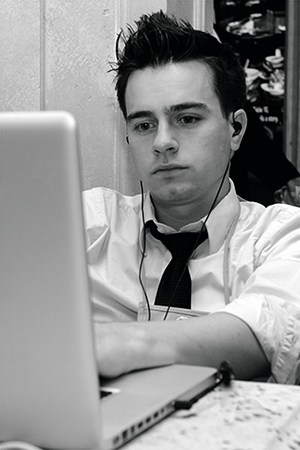 I’d been looking forward to writing this month’s “Opinion.” I had big plans about explaining how easy and relatively inexpensive building a lasting music server could be. Then I read “An Audiophile’s Guide to Surviving Holiday Chaos and How to Give Back While Doing So,” courtesy Spencer Holbert of The Abso!ute Sound. Then I reread it, face palmed, sighed, and decided to dedicate my next 1000 words to explaining how misguided it is. For those who don’t feel inclined to read the article in its entirety, in the following excerpt Holbert explains how best to bring prospective audiophiles at a holiday party into the fold (interpret best however you wish):

If you’re a vinyl fan like I am, the physical act of cueing a record is the single-most gratifying -- and terrifying -- time to engage the uninitiated. But this is your chance to really show someone what hi-fi is all about. Gather your prospective students and let them pick out the next album, preferably from the five you already selected, and show them step-by-step how to properly remove a record from its jacket, how to handle it while placing it on the platter, how to align the tonearm and cartridge along the outer matrix, how to cue it, and ultimately enjoy the wonderful sound your system produces. Don’t stop there, though. Tell them about the plinth, the platter, the tonearm and cartridge; teach them about each component and its exact function. Make sure that your excitement and passion for hi-fi stereo is translated in a way that captivates, rather than sounding like a monotonous lecture. It’s always best to show them this process during the first record, but then to let them play a record by themselves so that the information will stick. Not only will they be more engaged and more likely to remember everything, the mystery of analog will be thrilling and fun. How does a microscopic groove produce such wonderful sound? Well, now’s your chance to enlighten. If your main source is digital -- whether CD or music server -- the process is basically the same. The key is to let your guests select and play music. I guarantee at least one of them will end up joining the audiophile world, and that should be our number one goal.

And then this happened:

After all the food and conversations have been consumed to the point of lethargy, ask the youngest member of the family (within reason; under six or seven might be a bit too young) if they would like to pick out a record or play some music from their portable device. Yes, their iPod might not be hi-fidelity, but it’s a segue into the real lesson, which is our goal. Plus, this is an innate means to protecting your stereo. It’s human nature to want to do the things others tell us not to do, so instead of limiting access to such an intriguing room, make it part of the festivities. It’s all right to set some limits, but let the excitement build and promise that they will get a chance to listen to some amazing music, even if the music they choose isn’t what you would normally play in order to show off your system. Sharing and giving back are what the holidays are all about.

I have no doubt that Spencer Holbert is a solid guy, and that he had all the best intentions when writing his detailed guide to spreading audiophile cheer. I just want to point out that, as a 28-year-old, I’m roughly on the high end of Holbert’s target audience, and based on the tack he suggests adopting, I can comfortably say that after such an experience as he describes, I would never pursue high-end audio.

Let’s start with the pluses. Holbert states that “Today’s youth want great-sounding music everywhere, 24/7.” Spot on. There’s no doubt that the younger generation, in which I generously, if perhaps inaccurately, place myself, ranks convenience above almost everything else. If we have questions, we ask the Internets for answers. Actually, we verbally ask our smartphones to do that so we don’t overburden our delicate little fingers. “Find me the nearest pizza place,” I command, before having a pie delivered to my bedside as I cue up Netflix on my laptop, pop two Ibuprofen to soften the blow of my raging hangover, and revel in my abject uselessness for the next several hours. Welcome to my Sunday.

Holbert posits that “The current vinyl renaissance -- not to mention the DACs, headphones, and digital music downloads flooding the market -- is almost entirely derived from youth interest.” Ehhhh. I mean, hipsters are the reason that vinyl is making a comeback, but sure, I’ll roughly agree with the rest. But despite all his good intentions, when Holbert says, “We can’t wait for converts to stumble across our hobby; we must actively cultivate in others the passion we feel, without being overbearing or overly particular,” his approach is wickedly off target. He rightfully acknowledges that us youths really love us some iPods (iPhones, really), but says that the iPod “might not be hi-fidelity, but it’s a segue into the real lesson, which is our goal.”

A few things: Transmitting lossless files via aptX over Bluetooth to a high-quality digital-to-analog converter arguably offers higher fidelity than your vinyl setup. Beyond that, the “real lesson” here is explaining in great detail how an LP works, and how to set up a record player.

Maybe that’s actually Holbert’s goal, but it displays the old-fashioned, uninspired thinking that entrenched audiophiles and manufacturers have hawked for decades, even as the world and its many musically inclined inhabitants have been changing at an increasingly rapid pace. Moreover, it reinforces the popular notion that audiophiles care less about the music than about the equipment it’s being played through. And there is no greater evidence of that than explaining vinyl playback in gruesome detail. I’m confident I speak for 99% of people under the age of 30 when I say, “Who cares?” 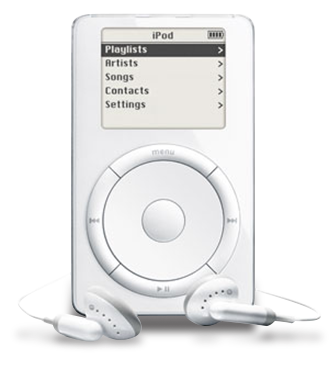 The best demonstration of high-fidelity sound is not to ritualistically sit someone down and explain how and why it’s important. If you get that far, you’ve already lost your audience. Here, as Holbert says -- and I heartily endorse -- the iPod (or smartphone) is the gateway. But as the smartphone is the beginning of the conversation, so, too, is it the end. No non-audiophile is interested in filling his or her living room with a pair of big speakers, several imposing pieces of equipment, and overpriced cables. Hi-fi must learn to accommodate the younger generation, not the other way around.

On a checklist for Ideal Audiophile Ambassador to Uninitiated Youth, I check just about every box: audiophile, 28 years old, reviewer for the world’s most popular network of audio websites, senior editor of a site dedicated to “affordable” hi-fi, normal (sort of), and woefully underachieving friend to lots of young professionals with disposable income. Given all that, how does Holbert’s approach work in practice?

Horrifically. No one cares. Seriously. I have gear ranging in price from a few hundred bucks to state-of-the-art loudspeakers from Vivid Audio, and high-performance electronics from Hegel and Wadia. My entire music collection is made up of CD-quality trash at the sound of which most audiophiles would cringe, and that I gleefully play for anyone and everyone who will listen as I ply them with alcohol. To be sure, I get questions: “How much does this stuff cost?” “Does all this stuff really make a difference?” To be sure, there are positive reactions when I play music of my guests’ choice, or point out the ease of being able to play this high-quality music straight from the smartphones from which they are inseparable. But then the conversation quickly shifts to something other than expensive stereo gear, and the subject doesn’t come up again.

The takeaway: It’s not that hard to demonstrate to young people how much better their music can sound, and how easily and relatively inexpensively that can be made to happen. But so far, not a single person has come back to me and said, “Hey, I’m interested in buying something -- what would you suggest?” If I can’t do it, how, pray tell, will Holbert or his loyal, like-minded readers?

It’s not all gloom and doom. There are a lot of young people out here who care enough about the quality of their music to buy replacement headphones for the iGarbage Apple ships with its iDevices. That Beats By Dre is also garbage -- their $300 headphones contain less than $10 worth of parts -- is of little import. It’s still an improvement. Some of those folks surely are interested in being able to play decent music at home, and are prime candidates for being introduced to higher-performance gear. But please, for the love of the vacuum tubes and vinyl that old-school audiophiles cling to, don’t follow Spencer Holbert’s friendly but ill-advised advice. Just play some decent music. If your friends can hear the difference and are at all interested in what goes into making such great sound, they’ll be sure to ask.