From Reader to Senior Editor: My Journey to the State of the Art 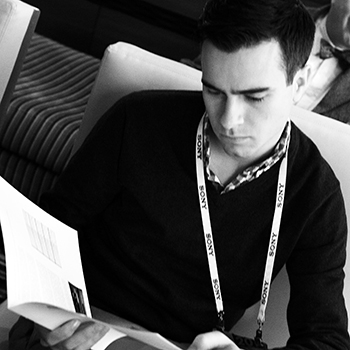 Thanks to magazines passed along to me by my older brother, fellow SoundStage! Network writer Erich Wetzel, I grew up reading about audio equipment. I began in high school with a receiver and some cheap Sony tower speakers, but always pined for more glamorous gear. Dynaudio Evidence loudspeakers. Mark Levinson electronics. Garden-hose-thick Transparent cables. Man, that stuff was cool. And the notion that it sounded way better than what I had was perpetuated, in many cases, by glowing reviews from professional reviewers.

When I became a reviewer, my ultimate goal was to hear the best gear, to find out for myself just how good this stuff could be. Starting with $60 speaker cables was not what I had in mind, but in combination with a variety of other gear, I’ve spent the better part of the last two years building up a foundation of knowledge about a variety of different product types at wildly different price points. I’m lucky. Most audio writers review only three or four components each year, and accordingly take far longer to gain a rounded perspective on what’s available, and how good any of this stuff is. Many never get that far. They review some gear they like, buy it, and sod off, content with being opportunistic. The problem is, what they’ve reviewed is invariably far newer and better than what they’re familiar with. This bookshelf speaker or that integrated amp thus earns a rave review because it’s being compared to something noticeably inferior. As it should. But such a review is of little use to the reader who wants to know how the product reviewed sounds when compared to other current, similarly priced products, or even a far more expensive one. Without such a context, a rave review offers little of value other than a chance for a novice of whom no one has heard to wax rhapsodic.

I was that novice when I evaluated Nordost’s Blue Heaven cables in my first proper review. Gobsmacked at the improvements they wrought in my system, I wrote a glowing account of them. While the Blue Heavens are excellent cables, would I write as floridly about them now as I did then? No, and the reason is this: Since then I’ve heard some of the best cables available, and while there is certainly a tangible and sonic difference between a $700 pair of speaker cables and a $7000 pair of speaker cables, one would be sorely mistaken if one thought the gap in performance was somehow huge. Cables, though, you might surmise. That’s understandable, you’ll say.

On the electronics front, I’d had no idea that volume controls and remote controls could differ so widely. One piece tracks so slowly as to test my patience, another so quickly that I have to get up and adjust it manually to hit the volume I want. And it’s absurd that most manufacturers have no qualms asking you to spend hundreds or thousands of dollars on meticulously designed circuits housed in metal chassis of, at best, modest attractiveness, then toss in a $2.50 plastic remote control that wouldn’t be out of place next to an 1980s TV in a cheap Czechoslovakian motel. The piece of hardware the user will most interact with is the one they’ve given the least attention. I love it.

Loudspeakers are a more interesting proposition. With different types of drivers, different ways to design each type, different driver materials and crossover slopes, ported vs. sealed cabinets, different internal and external cabinet shapes, bracings, materials . . . the list goes on. I’ve found the sheer variety of speaker-design philosophies illuminating -- electrostatic, ribbon, silk, paper, aluminum, titanium, beryllium, bipolar, dipolar, omnipolar . . . it’s wild. Because of all this, most speakers have inherently more personality than most integrated amplifiers. Every one of the myriad variables of loudspeaker design has its upsides, and, despite the claims of eager marketing departments out there, every one requires compromise elsewhere in the design. This characteristic helps explain why there are so many great loudspeakers out there that have received good reviews.

But how does the best gear sound? When I bought the Hegel Music Systems H300 ($5500) that I reviewed in 2012 to use as my reference integrated amplifier-DAC, I figured it would be hard to top, even by far more expensive models. And that proved true until the arrival of the Devialet 110 ($6495) -- the single most impressive piece of equipment I’ve ever heard. So, too, with my KEF R900 loudspeakers ($5000/pr.), which, despite having been compared in many reviews to speakers costing multiples of their price, have often held their own. When I was asked if I wanted to review Vivid Audio’s Giya G4 loudspeaker (ca. $30,000/pair; final price TBA), of which only one pair exists at time of writing, my answer was an emphatic yes. And despite my holding out hope that my KEFs would slay even these giants, the Giya G4s are simply better in most every way except the deepest bass frequencies. 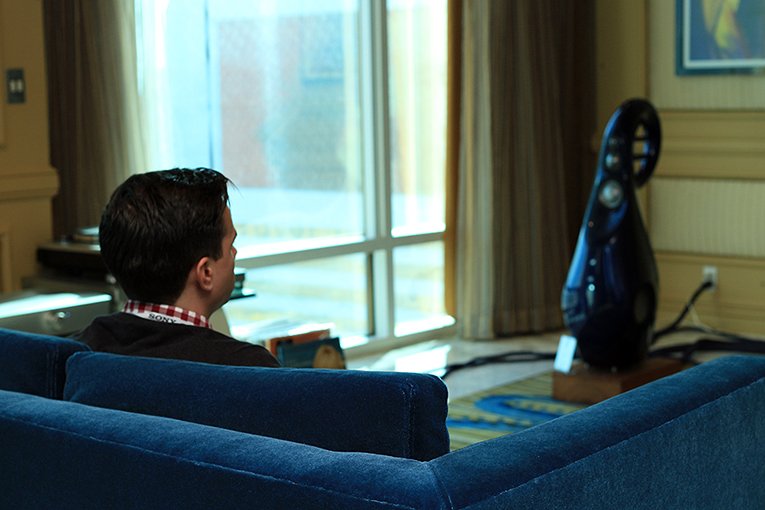 The relevant question for me, and I suspect most readers, is: How much better is the state-of-the-art stuff than the really good hardware written about on SoundStage! Access? For kicks, I did something no sane person would do: I hooked up the Vivids to NuForce’s DDA-100 power-DAC ($549). The combo sounded great. The Vivids can “disappear” in a way I haven’t heard other speakers do, and their sound was hardly hamstrung at all by the diminutive NuForce. Yes, the bass was a tad light, and more raucous performances sounded a bit glassy at times, but the clarity and precision were admirable -- I could happily live with the DDA-100 powering the Vivids, or even my KEFs.

But hooking up the Giya G4s to my reference Hegel H300 integrated-DAC brought noticeable improvements. The sound was smoother, soundstages were broader and deeper, images were better separated, and the resolution was significantly improved. At $5500, the Hegel is precisely one order of magnitude costlier than the NuForce, and still, I think, a benchmark for the $5000 price point, with an excellent remote, robust output of 250Wpc, and a sound that holds its own against far more expensive models. Indeed, as I played some Mumford & Sons, having not heard the Hegel for a week or so, I caught myself muttering, “Man, that’s good . . .” The H300 does nothing wrong, a great deal right, and is rich in features.

The Devialet 110, though, is a masterpiece that’s remarkable for a number of reasons before you even plug it in. It looks like nothing else, has an inspired design, an exceptional amplifier that’s unique to Devialet, and a remote with a substantial wheeled volume control. But when I did turn it on, it improved on the H300 in a number of ways. The Hegel’s only sonic signature is its shocking, forward clarity. The Devialet, though, is just right. Neither forward nor relaxed, its sound has a more three-dimensional feel, and it images something fierce. With the Devialet, the cliché of “removing a layer of grain” from a recording holds true. Not in a millennium would I say that the Hegel sounds grainy -- I can’t hear it. What I do hear in the Devialet is the complete absence of any sonic artifacts. The Devialet 110 is better than anything else I’ve heard at producing nothing but immaculate music. In no way does that make the Hegel H300 anything other than excellent -- it’s just not the best. The good news is that the state of the electronic art can be had for prices that fit this website’s mission: attainable, forward-thinking, excellent-sounding gear. Expect a review of the Devialet 110 in the coming months.

As for the Vivid Giya G4s, the difference is more profound. To design and build custom drivers, and an inert, nonresonant, asymmetrical cabinet, and get the resulting speaker to produce super low distortion, costs a lot. The Giya G4s’ quality of sound is far superior to what my KEFs produce, with greater image focus, zero cabinet coloration, enormous soundstages, and resolving of the most minute sonic details. Vivid -- and Magico and TAD -- produce masterpiece loudspeakers at often wicked cost. With speakers unquestionably being the most important link in the signal chain, the affordable superspeaker remains an elusive beast.

When I box up the Devialet and the Vivids in the coming weeks, I don’t think I’ll be wistful or mournful. There’s always something better out there, and now that I’ve been lucky enough to hear what the finest equipment sounds like -- or, rather, doesn’t sound like -- I have better gauges with which to measure everything else. And you know what? The Hegel H300 is still an absolute peach.