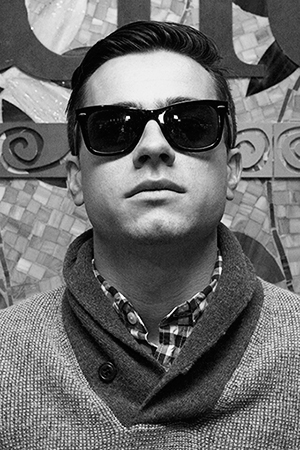 It wasn’t until 2000 or so, when I was 15, that I developed a genuine interest in high-end audio. Out went the boom box, in came a pair of cheap Sony tower speakers and a Sony receiver from Best Buy. If I wanted something of higher quality -- and, of course, I eventually did -- my only option was my local hi-fi shop, Soundex, in Willow Grove, Pennsylvania, outside Philadelphia.

In 2014, the reality is very different. Best Buy now has Magnolia, which carries a whole line of high-end speakers from reputable manufacturers. Oh, and the Internet -- odds are, most any component you could want can be at your doorstep within a week. The Internet, beautiful and practical as it is, has taken its toll on bricks-and-mortar stores. Soundex, where I discovered such brands as Mirage, Krell, and Dynaudio, went out of business long ago. And in the past month, HiFi House, another local dealer in the Philadelphia area, also shut their doors. HiFi House was, by revenue, one of the top 15 dealers in the US. They did a lot of custom and home-theater installations, and had 58 full-time employees. I tried to contact company president Jon Robbins, but didn’t hear back from him. What follows is my view of the challenges facing the traditional high-end audio store.

Dealers have evolved over the years by accommodating shifts in consumer demand, first with home theater, then with custom installation. I would imagine the latter is still a strong business, but I know the former hasn’t caught on with the average person in the ways many had hoped. Combined with the steep rise in Internet sales and the relative plateauing of sales in bricks-and-mortar retail, margins have narrowed, competition has increased, and it’s harder than ever to get people into stores. But unlike any other type of product except musical instruments themselves, audio equipment really needs to be heard to be appreciated. Other electronics, shoes, clothes -- all can easily be purchased, and easily returned if need be, without ever having to set foot in a store. But it’s not nearly as easy to do so with big loudspeakers and electronics.

Furthermore, the traditional hi-fi dealer can’t possibly thrive on the tried-and-true formula of demonstrating big speakers, multiple levels of electronics, and wildly expensive cables. No doubt there’s still a market for that, albeit a shrinking one, but dealers must, as always, tailor their experience to what the consumer wants, not what tradition dictates. Also, the real money is not to be made by selling a few $10,000 components but, instead, dozens and dozens of products costing $500 to $2000. Paradigm, the No.2 loudspeaker manufacturer in the world by brand usage, according to the annual CE Pro 100 list, sells far more of its Monitor Series speakers than any other line in its stable. Ranging in price from about $400 to $1600/pair, these models are good-looking, unobtrusive, and well engineered. PSB’s new Imagine X line adopts a similar approach and price structure. Still, even these are not gateway products, but ultimate purchases for a lot of people. Nor will this change anytime soon. Nor will new customers suddenly appear at a suburban audio store to check out speakers. What can change is how hi-fi orients itself to the uninitiated. 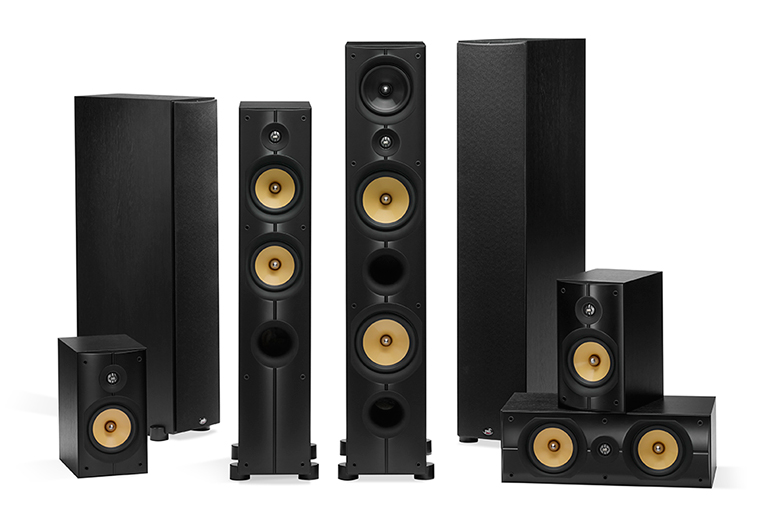 Imagine a city store with a relatively small but upscale and distinctively modern interior, and in a younger, more vibrant part of town. One walks in and sees, on one side, a headphone bar where folks can listen to content on their smartphones through popular brands like Beats and Bose, and then through offerings from high-end brands like Grado, Focal, KEF, Paradigm, PSB, and Sennheiser. On the other side are two displays, one of small desktop speaker systems from Audioengine, Eclipse, KEF, Paradigm, and PSB, the other of wireless speakers from Bose, Bowers & Wilkins, MartinLogan, and NAD. Accessories displayed in the front room could include tiny USB DACs like the AudioQuest DragonFly, and portable music players from Astell&Kern. Most of these would cost less than $500, and be the type of products almost anyone would use and/or be interested in. The best part is that all of this would be free to play with, not simply a silent, static display. The headphones, especially, are what would get the average consumer in the door. 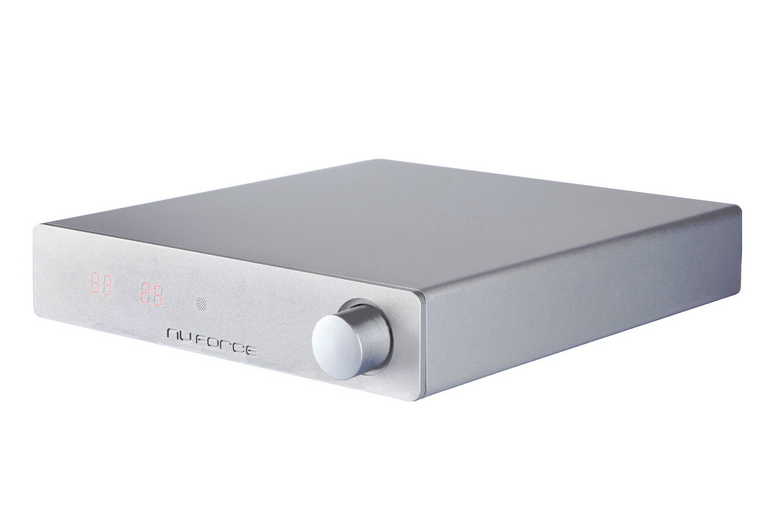 Farther back would be two more rooms. The first would have a huge television on each sidewall, with a handful of soundbars. On a rack in front of the other TV would be a series of little integrated amplifier-DACs -- say, Monitor Audio’s A100, NAD’s D 3020, and NuForce’s DDA-100. Small and affordable tower speakers could be shown on either side, with any number of brands being represented, all for between $800 and $1500/pair. No need for fancy cords, no need for multiple boxes of electronics -- just a simple, high-quality, potentially wireless hi-fi stereo system. 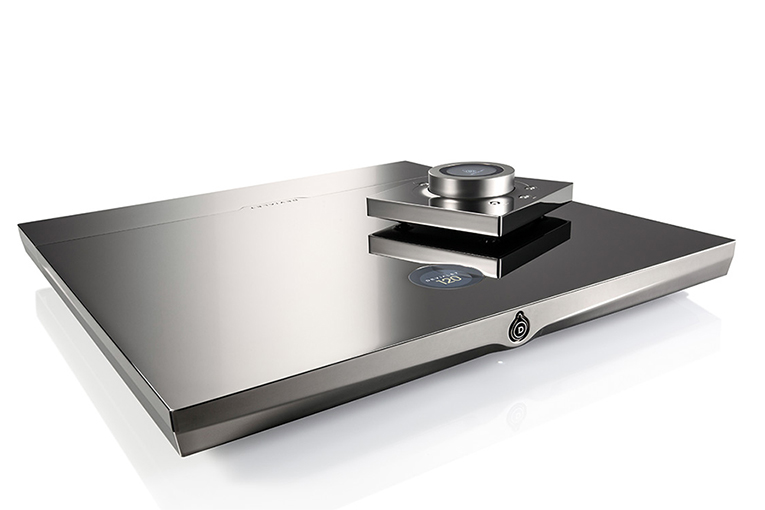 Finally, we come to the room dedicated to semitraditional hi-fi. Integrated amplifier-DACs from Devialet, Hegel, McIntosh, and Wadia would be linked with tower speakers like Definitive Technology’s ST-L, Monitor Audio’s GX300, PSB’s Imagine T2, and Sonus Faber’s Venere 3.0. Each of the amps would be fully featured, with enough power to drive these almost-full-range speakers. On one side of the room, listeners could find modestly priced turntables from Pro-Ject and Rega, while the other could display affordable, entry-level cables from AudioQuest and Nordost. With the exception of the Devialet and Wadia, each of the amplifier-DACs could be had for $5500 or less, potentially much less. These systems aren’t in dreamland for audiophiles or reasonably well-to-do professionals. For the high end, their prices are well within reason.

What I’ve described is a store in which almost every product is priced somewhere between $200 and $5000. All of it is integrated in nature, convenient, and attractive. The concept is also forward-thinking, with very specific products on display, and nothing superfluous offered. Why demonstrate bookshelf speakers on stands in either of the back rooms when the same space could be occupied by small floorstanders with greater bass extension, something that everyone can get behind? Further, because you have a limited number of products, and not entire lines of loudspeakers and electronics to peddle, a clean, concise website could offer each individual product for sale with free shipping. If the buyer isn’t satisfied, return shipping is on the buyer: incentive to buy, but a bit less incentive to return.

Home theater is a niche. Custom installation requires a lot of overhead, including staff, equipment, and expertise. And the prices of traditional high-end products simply aren’t approachable for the average consumer. But I believe that the model I’ve outlined above can work. Old-school audiophiles may scoff, and more power to them. Embrace the new, the current, and the inventive. Of course, it’s all easier said than done, and would require a huge initial investment. But audio will always need a place to be heard, and if you demonstrate high-quality sound that is easy to use and live with and won’t break the bank, I suspect that a new generation of audiophiles won’t be far behind.