The 2015 High End show, which ran May 14-17 in the fabulous Munich Order Center (M.O.C.), was my first. It won’t be my last. The show itself makes the high-end portion of January’s annual Consumer Electronics Show seem decrepit by comparison, Munich itself is a gem of a city, and the general tenor of High End was excellent -- attendees and manufacturers alike exuded an enthusiasm and effervescence that was heartening to see. 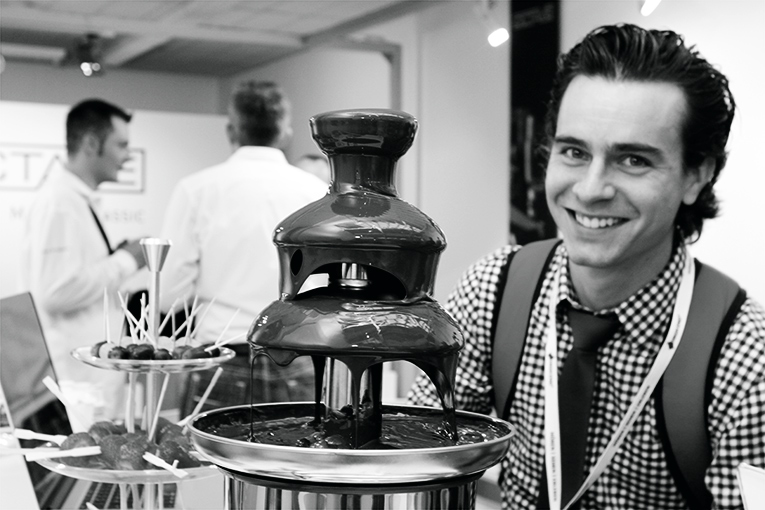 High End is not the kind of show at which lots of inexpensive hi-fi gear is exhibited. More often than not, the electronic components displayed in a given room will cost somewhere between €5000 to €10,000 apiece, speakers far more than that per pair, and the cables and interconnects . . .  well, I stopped asking. Silver-plated copper costs manufacturers so much, you know? Despite that, I found a few terrifically affordable products that promise outsized performance, even as I took note of some industry-wide trends. 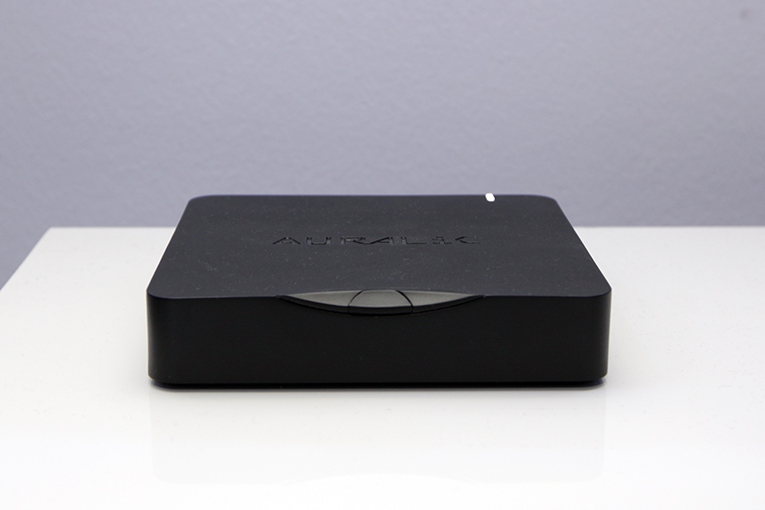 Auralic’s Aries Mini wireless streaming DAC ($399 USD) was, for me, the standout product of High End 2015. This little DAC uses a Sabre ES9018K2M digital-to-analog converter chip that can accept digital PCM signals of resolutions up to and including 32-bit/384kHz and DSD256, and output analog signals via RCA jacks on its rear panel. And like its older brother, the Aries ($1599), the Aries Mini can also function as a wireless bridge through use of its USB, coaxial, and TosLink digital outputs. The user can connect to the Mini via Ethernet or Wi-Fi, and control it with Auralic’s dedicated Lightning DS app for iPads and Android devices (as of yet, there’s no iPhone app), or with apps from Linn, Lumin, and JRiver. The little guy also has a USB Type-A input for connecting a hard drive, and can natively stream the Tidal, Qobuz, and WiMP music services. No, it’s not the state of the art, as were some other digital products I saw in Munich, but the Aries Mini’s sheer flexibility is untouchable for the price. A DAC, a wireless bridge, and a music streamer, with matching app, all for $399? I’m likely to grab one for myself; later in the year, a review here on SoundStage! Access is quite likely. 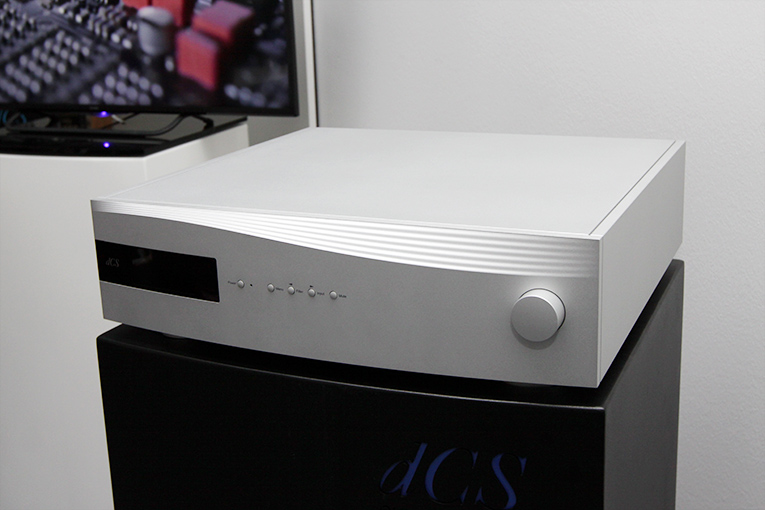 During the four days of High End, I got the impression that the petite Aries Mini is part of a larger shift in the design of digital audio products. Dedicated digital-to-analog converters were rare; the great majority of manufacturers also packed in wireless capabilities, streaming music-service compatibility, or both. When a stalwart such as dCS, that monolith of conservative British digital engineering, introduces something like the Rossini -- an “entry-level” (£18,000) DAC that includes support and/or connectivity for Tidal, Spotify, Ethernet, and Apple AirPlay -- you have to sit up and take notice: hi-fi enthusiasts are enjoying the convenience of streaming music and wireless interfaces.

No longer breaking news, the boom in headphones continues, with new models of ’phones, headphone amps, and integrated products with head-friendly inputs seeming to pop up in every corner of the M.O.C. While it’s not a brand-new product, at High End I finally got a chance to see in person Oppo Digital’s HA-2 portable headphone amplifier-DAC ($299), and it reaffirmed my belief that Oppo is one of the most forward-thinking companies making headphones and headphone ancillaries. Their PM-model headphones are excellent, and easily stand out from the crowd of frenzied competitors. Likewise, the HA-2 offers a feel, style, and functionality that no one else in the marketplace can match. Forgoing the cheap-feeling plastic that everyone else seems to use, the all-aluminum HA-2 is clad in genuine leather, and has the dimensions of a modern smartphone. In other words, it’s small enough to actually use when out and about, and attractive enough that no one will mind being seen with it. With digital inputs for Apple and Android devices, a 3.5mm analog input, and compatible with PCM up to 32/384 and DSD256, the HA-2 can work with both your smartphone and your computer. It sports a Bass Boost button, two gain settings for optimal headphone matching, and can serve as an external battery to charge a smartphone. And the price of $299 is absurd. This little Oppo is yet another product that we’ll try to review on Access this year.

I’m not an analog guy. I know -- last month I reminisced about growing up listening to vinyl with my father -- but I have zero interest in further cluttering up my living room with more equipment, to say nothing of finding a spot to put a few dozen LPs. But my personal preferences aside, at High End 2015 analog was big. The systems in many rooms included a turntable, and many manufacturers were demoing their new ’tables, tonearms, and cartridges. At a manufacturer’s dinner, I even sat across the table from Michael Fremer, of Stereophile and Analog Planet. We chatted about the vinyl renaissance, and while neither of us could wholly account for the resurgence, we agreed that it was a good thing. And in terms of sales of LPs and record players, 2015 could be a banner year. 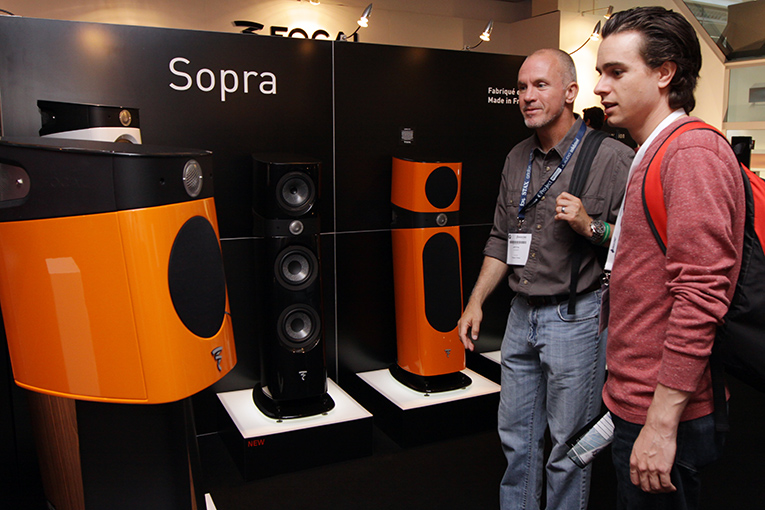 Finally, a word about loudspeakers. Focal, of France, made a surprise splash by announcing their new Sopra line, which so far comprises two speakers: the Sopra N°1, a two-way bookshelf model ($8,999/pair, including matching stands); and a three-way floorstander, the Sopra N°2 ($13,999/pair). Though each model costs a lot more than what I and many other audiophiles can afford, the Sopras are remarkable for a number of reasons. Both have inverted-dome tweeters of beryllium, which is renowned for its linearity and pistonic behavior well beyond 20kHz, and are uncommon sights in speakers costing less than $20,000/pair. The Sopras’ other drivers are made of Focal’s proprietary W material, and feature Focal’s Tuned Mass Damper system -- something previously seen on Formula 1 racing cars -- and a clever venting system for the tweeter, of a geometry I’d never seen before. 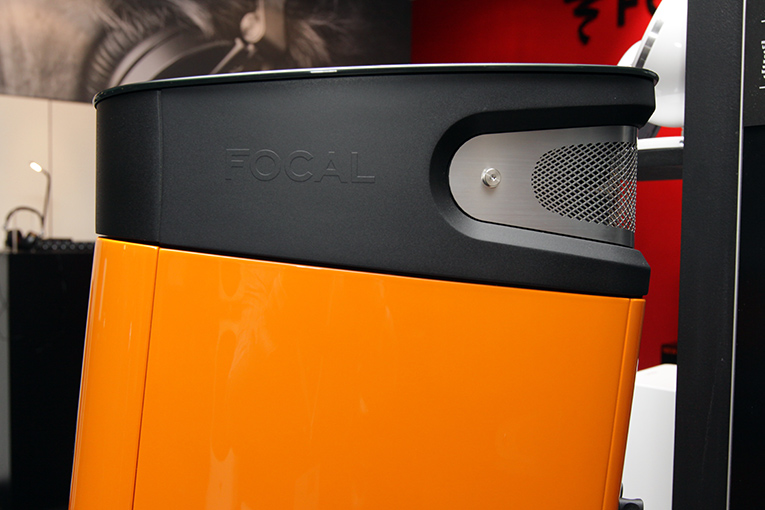 Of great interest to me was the Sopras’ build quality and appearance. The tolerances, materials, and design far exceed what was possible for the same money eight or even five years ago. The Sopra N°1, in particular, is right up there with Sonus Faber’s stand-mounted Olympica I in being one of the most attractive two-way speakers around. Both Sopra models are made entirely in France, and marry a sophisticated modern look and feel to furniture-level fit-and-finish that make them look as if they belong in shared living spaces rather than dedicated listening rooms. I’m not sure if Focal’s Imperial Red and Electric Orange finishes will hold up to the test of time as well as their Walnut veneer, but I found the orange, in particular, really cool. I’m betting we can expect to see this kind of overall build quality at even lower prices in the years to come.

Notably more manufacturers exhibited at and visitors attended High End than did in 2014. If anything can be inferred from that, it’s that hi-fi is evolving faster than ever. Excitement and cautious optimism were practically palpable, and I couldn’t be happier with the trend toward audio consolidation: fewer and smaller boxes, greater functionality, and lower and lower prices. For too long, the high end has been a shrine to massive hulks of solid aluminum (i.e., amps and speakers) connected with garden hoses (i.e., interconnects and speaker cables). The tide may be turning. I’m loving every minute of it.